Will Parks went to Germantown High School and now plays at the University of Arizona, where he’s providing content for late-night TV hosts 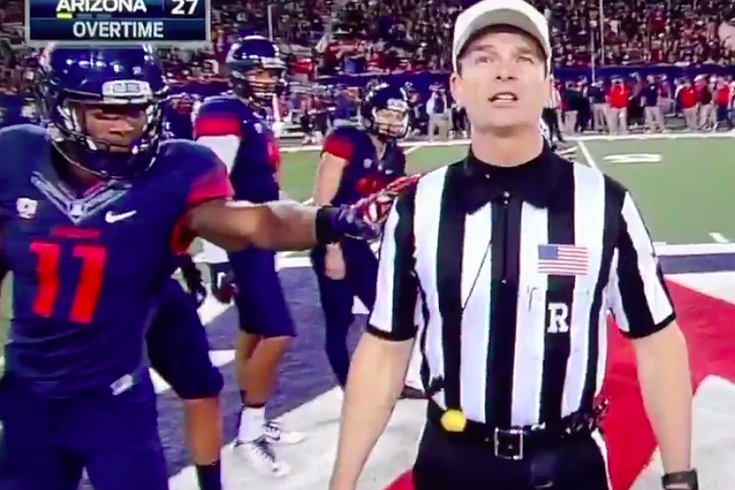 Will Parks, a college football player who grew up in Philadelphia, caught Jimmy Kimmel's eye with a game of "tag" before overtime of his game this weekend.

Will Parks would likely say the best part of last weekend was when his Arizona Wildcats football squad defeated the No. 10-ranked Utah Utes in overtime on Saturday night.

But little did the former Germantown High School standout know that he’d get some airtime on a program not called "SportsCenter." Namely, he was at the heart of what late-night host Jimmy Kimmel called “probably my favorite football moment of the weekend."

In it, Parks – a safety for the Wildcats – is shown at the coin-flip going into overtime. There, the referee pats Parks on the back, and Parks dutifully returns the favor.

“I don’t know why that tickled me so much,” Kimmel said on his show Monday night, likening it to a game of tag. “You’re it. No, you’re it. Arizona won the game, so maybe it’s good luck to touch the referee.”

Maybe so, but having a backup quarterback throw a touchdown for his one completion of the night in the second overtime never hurts, either.