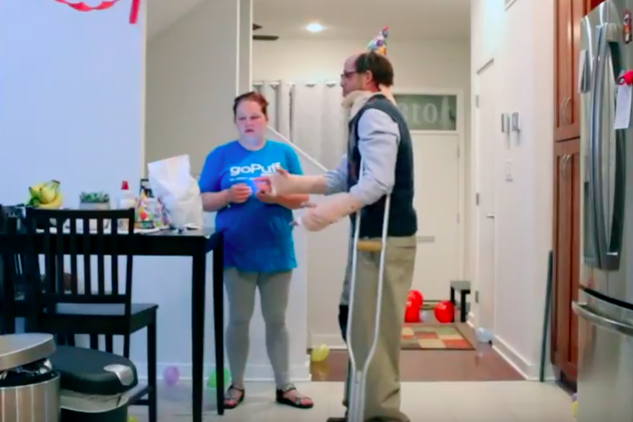 Ed Bassmaster is well-known for serving up the kind of ignorantly over-the-top YouTube skits that encapsulate a brand of humor only in found in Philadelphia.

Incursions into Kevin Hart movie sets? Check. Running around town in a clown suit just as tweens are getting themselves arrested over online threats? Of course. Calling Walmart to ask about the impending nuclear war with North Korea? Who else would you call?

Over the weekend, Bassmaster celebrated his birthday by pranking a pair of delivery drivers from Philly-based startup goPuff. Or rather, Bassmaster's character Skippy had a birthday, maybe.

The Millennial-minded company promises an average delivery time of 23 minutes for just about anything you could possibly need when you're too busy (or lazy, that's alright) to get it yourself. They're catching on like wildfire and expanding into another 12 U.S. markets by the end of 2017.

One thing they didn't really catch onto — or so this video would like us to think — is Bassmaster's tactic of displaying such weird lunacy that any kind-hearted person would refrain from giving him a hard time. Meanwhile, he's just messing with everyone.