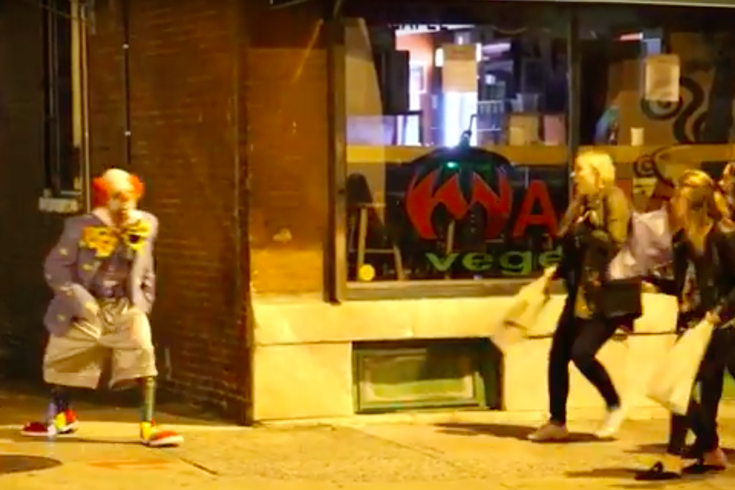 Ed Bassmaster dresses up as a clown in Philadelphia.

Just in time for the Halloween spirit, Philly YouTube star Ed Bassmaster decided to stick with what's trending and dress up as a clown.

Now, clowns are probably getting on everyone's nerves at this point. Middle schoolers, in need of a new vampire, are taking the craze way overboard and making all manner of social media threats against schools. They're getting charged as adults. It's not cool. And clowns hate it!

This hilarious video of Bassmaster clowning around Philadelphia scaring the crap out of people on the streets is pretty cool, though. It appears he was eventually flagged down by Philadelphia's finest, although we've not heard anything to that effect from Bassmaster himself. Maybe he made them a balloon donut. Pretty easy if you're a clown.