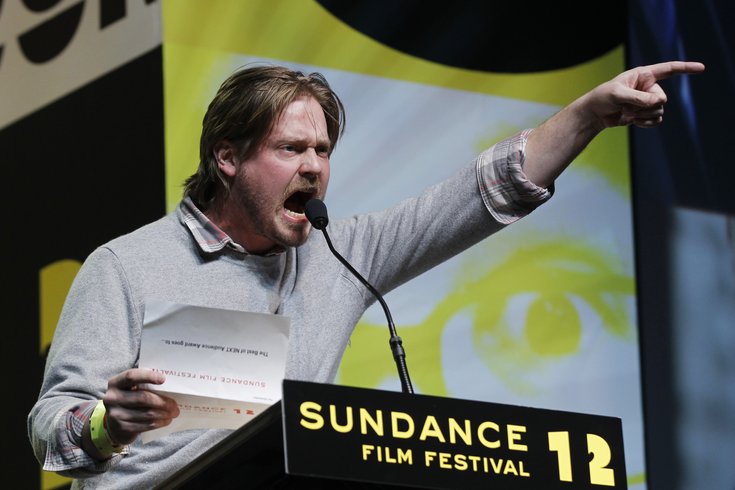 Tim Heidecker announces the Best of NEXT Audience Award winner as the film "Sleepwalk with Me," directed by Mike Birbiglia, during the 2012 Sundance Film Festival Awards Ceremony in Park City, Utah, on Saturday, Jan. 28, 2012.

Temple graduate, Allentown native and all-around oddball comedian Tim Heidecker brought his antics to the Democratic National Convention in Philadelphia this past week.

Heidecker, known best for the Adult Swim show "Tim and Eric Awesome Show, Great Job!," was in true form for the event. He kicked things off by seemingly satirizing the many journalists and politicos who whined about the conditions in Philly for the convention.

sorry gang but philly is just not a good town for this #DemsInPhilly - the convention arena is miles from center city and totally cut off.

Then, in a video for the YouTube channel Super Deluxe, Heidecker got told he "sucked," tried tracking down some senators and asked CNN host Wolf Blitzer what was his "favorite tragedy" to cover. Watch it below (Disclaimer: Video contains some explicit language):

In a separate video, Heidecker asked protesters to suffer through a strange (but ultimately rather clever) joke about how Donald Trump named his youngest child, Barron, bringing his patented anti-humor to the heated demonstrations: