WATCH: T.J. McConnell's buzzer-beater (like most things) is better with 'Titanic' music 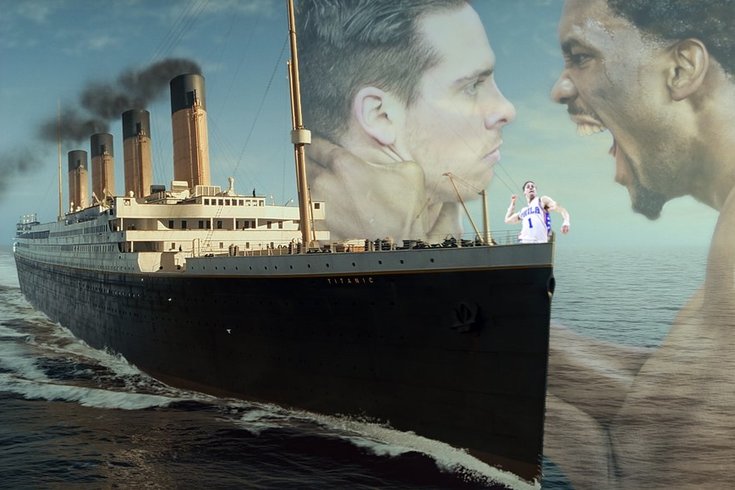 You've probably already seen T.J. McConnell's buzzer-beater against the Knicks on Wednesday night, which propelled the Sixers to a 98-97 win, their fourth in five games, and left the near sell-out crowd at the Wells Fargo Center either totally elated or completely deflated.

It all depended on what shade of blue you were wearing.

But now -- actually hold on for a second.

But now, witness the shot like you've never seen it before, the way James Cameron and Celine Dion originally intended.

T.J. McConnell at the buzzer wins it for the 76ers over the Knicks!!!!!! It's so much better with Titanic music! (Sorry @World_Wide_Wob) 🏀🚢🎼 pic.twitter.com/C9vFKuExL2

I don't know why everything is so much better with the "Titanic" theme music over top of it, but who am I to question such things.

Here are a few of my other favorites from a similar handle, @TitanicOnThings:

The Cubs winning the World Series is better with the Titanic music... pic.twitter.com/JT96KdIFZ0

[SPOILER ALERT: If you aren't caught up on Game of Thrones, skip this one.]

Game of Thrones is better with the Titanic music... pic.twitter.com/wAdIWwMb3x

Planet Earth 2 is Better with the Titanic music... pic.twitter.com/xmVbXuIio5

[Also, a shoutout to Alex Subers, who took the photos of T.J. McConnell and Joel Embiid that I used in the photoshop illustration at the top of the post.]