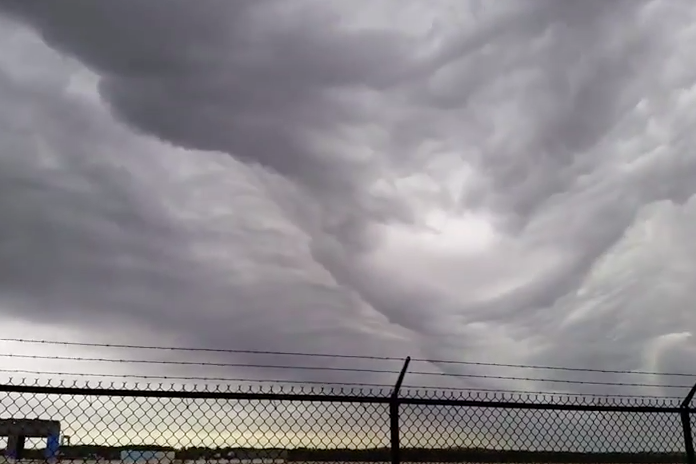 Residents of Georgia and South Carolina witnessed a strange weather phenomenon Monday that made the sky look like a violent ocean of clouds.

According to the Weather Channel, clouds known as undulatus asperatus appeared overhead in sections of the two states. The wavelike clouds are usually seen following thunderstorms and are known for their defined and fast movements.

A graphic from meteorologist Brad Panovich helps explain what conditions cause these clouds:

These clouds were accompanied by roll clouds, which hit you with heavy winds, as the Weather Channel explains:

Indeed, the air is actually rolling about a horizontal axis in a roll cloud. Once a roll cloud passes, you can expect gusty winds coming from the direction the roll cloud approached you.

The clouds were captured Monday in this time-lapse video from the Augusta Chronicle:

The clouds could be seen in South Carolina as well, which you can observe in this video near the Columbia Metro Airport:

The Washington Post notes that the undulatus asperatus clouds are not yet officially recognized by the International Cloud Atlas despite lobbying from the The Cloud Appreciation Society.

Here are some more pictures of the 'agitated clouds' that rolled through the region Monday: