Relief from the heat this weekend: Sunny and more comfortable in Philly and at Jersey Shore

The city will get a break from the humidity on Friday and Saturday, but it will increase slightly on Sunday 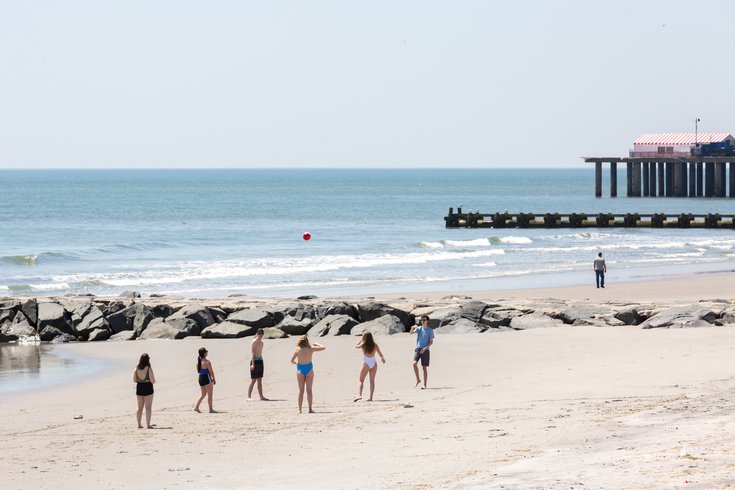 It will be dry and mostly sunny in Philly and the Jersey Shore this weekend. In the city, the humidity will break and temperatures will be the low 80s. At the shore, it will be in the upper 70s to lower 80s, with increasing clouds on Sunday. The file photo above show people on the beach in Atlantic City

We've really been beat up by the heat recently. The level of humidity has been out of this world due to a dome of heat that's been pumping across the Plains states.

Tuesday was the hottest day of the year, with a heat index – which is what it feels like on your skin – of 115 degrees. The summer also is getting more humid, which prevents temperatures from cooling off at night. This allows temperatures to get hotter during the day. Looking back over the past 50 years, humidity is 12% higher on average.

Some temporary relief will come due to a cold front that swung through Thursday morning, which brought scattered showers and storms. A push of cooler, drier air will move in through the course of Thursday afternoon. By Friday, things will feel great. There will be low humidity with dew points in the 50s. We could even see lows west of the city and in interior South Jersey get into the upper 50s on Saturday morning.

This weekend will be dry with plenty of sunshine. The next chance of rain comes in on Monday morning, with a system passing by to the east.

FRIDAY: Wall to wall sunshine. Winds will be out of the north, which is a very dry direction. A little breezy at times. Highs in the lower to middle 80s. Chance of rain: 0%.

SATURDAY: Temps in the suburbs and interior South Jersey could get into the upper 50s. In the afternoon, it rebounds into the lower 80s. Dew points in the 50s. Plenty of sun to go around. Chance of rain: 0%

SUNDAY: Bright and sunny. Winds shift out of the southwest, so humidity will tick up but it will still be comfortable. Temps in the lower to middle 80s. Chance of rain: 0%.

FRIDAY: Some minor flooding is possible between 8 p.m. and midnight around the back bays. Sunny skies, temps in the upper 70s to lower 80s. Chance of rain: 0%.

SATURDAY: Partly to mainly sunny skies. Winds coming in off the ocean will help bring the water temps up. High temperatures in the upper 70s. Middle to upper 60s possible in the water. Chance of rain: 0%

SUNDAY: Partly sunny skies with clouds increasing through the afternoon and evening. Upper 70s to lower 80s. Chance of rain: 0%.