Anglers who violate the new rules could face fines up to $1,250 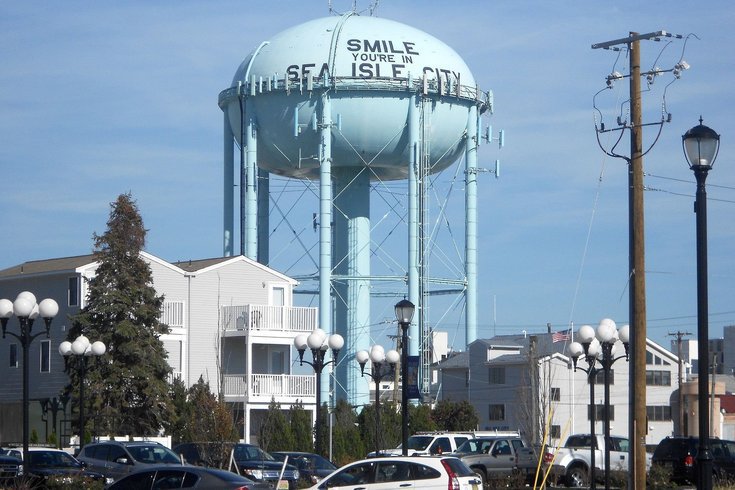 Sea Isle City is prohibiting shark fishing from its beaches, structures attached to the shore and water vessels within 600 feet of the shoreline.

Sea Isle City is cracking down on anglers who fish for sharks along its shores, which have become increasingly popular for surf casting this summer.

The Jersey Shore town drew attention last month after a seven-foot-long sand tiger shark was caught from one of its beaches. And in June, a man fishing off the coast filmed a curious great white shark swimming around his boat as he approached Townsend's Inlet, although he wasn't attempting to catch the animal.

An uptick in shark sightings and growing interest in fishing for them from beaches has prompted Sea Isle City to reevaluate its laws for fishermen.

During a City Council meeting on Tuesday, Mayor Leonard Desiderio announced that the town will amend rules and regulations to prohibit shark fishing in, on or near the beaches — and within 600 feet of the shoreline. The shark fishing ban will remain in effect until a new set of rules can be established.

"The City will contact the local fishing community and the surfing community to look at long term solutions to shark fishing off the City shore to ensure reasonable regulations promoting the continued long term harmonious sharing of surfing and fishing beaches by the stakeholders in these desired beach activities," Desiderio wrote in a newsletter.

Sea Isle City defines shore-based shark fishing as any attempt to target or harvest sharks from the beach, whether it's from the sand or from attached structures such as piers, jetties and bridges.

The prohibition includes shark fishing practices such as chumming — putting bait or blood in the water to create a scent trail — and the use of drones to spot sharks. Water vessels also will not be permitted to assist in fishing for sharks.

The ban comes after some Sea Isle City residents complained about the use of drones to help anglers catch sharks, Sea Isle News reported. The animals are pulled in from the surf, usually to be photographed on the beach and then released.

A conviction for violating the city's new regulation could result in a fine of up to $1,250 in Sea Isle municipal court.

Some Sea Isle City residents are concerned that anglers hunting for harmless shark species may begin to attract more dangerous predators closer to shore, posing a threat to swimmers and surfers.

PJ Brawn, the New Jersey man who caught the sand tiger shark last month, was invited onto "Fox & Friends" to talk about the experience. His efforts to catch the shark drew a crowd of more than 200 to the beach. He released the shark back into the ocean.

"Everyone's obviously happy to see a healthy release and snap a couple photos," said Braun, who teaches young people how to fish from the beach.

Sand tiger sharks, a non-aggressive coastal species, are often found nearby shore structures. People don't typically encounter sand tigers unless they're searching for them. The species is popular at aquariums because they tend to do well in captivity and have a fearsome appearance, but they pose a minimal threat of harm to humans.

Along with sandbar, dusky, angel and white sharks, sand tigers are a federally protected species — making it illegal to fish for them, specifically. New Jersey law also prohibits fishing for these sharks, but enforcement is often a challenge because anglers can plausibly say they're going after other fish from the shore. Recreational and commercial fishermen are required by law to cut the animals loose in the event of an incidental catch.

An apparent uptick in shark sightings along the coast of New Jersey is attributed to conservation efforts that aim to boost populations of sharks and some of the animals they hunt, such as seals that serve as the primary prey for great whites.

More sharks, particularly species that don't threaten people, may be making it easier and more appealing to fish for them.

Another sand tiger shark was found dead last month at the 12th Street beach in Longport, where an early morning beach walker spotted the animal with its belly gashed open.

Monmouth University biologist Keith Dunton, who monitors shark populations along the New Jersey coast, said the timing and location of the discovery indicated the animal was likely caught by an angler.

"Sand tigers, like many sharks, do not handle being captured very well and it is a stressful event for them," Dunton said. "Some sharks can die days to weeks later from the stress induced from being captured."

Dr. Harley Newton, the chief veterinarian at shark research organization OCEARCH, agreed that the shark was likely caught by an angler.

"It looks like someone intentionally opened the animal post-mortem, likely after it was already on the beach," Newton said.

“I just want to be clear that surf fishing is not a problem," Dunn told City Council. "The problem is the shark fishermen trying to lure sharks close to shore.”