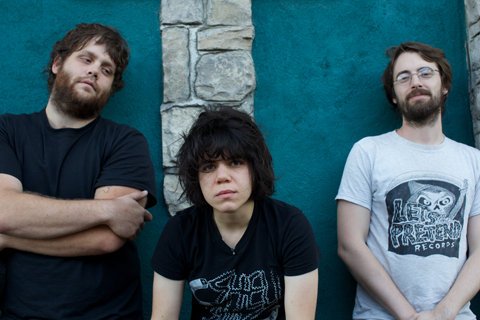 Samoan reggae artist J Boog channels positivity into his music as a matter of course. He sings in an almost saccharinely smooth tone about love and good vibes, ladling his voice over gentle and breezy acoustic guitar sounds. He’s shunned the spotlight but basks in the sun, and his perpetual feel-good approach has earned him a reliable fanbase.

It’s been a meandering road towards a debut for the D.C. punk band Priests, who just released their first full-length "Nothing Feels Natural" last week. The album is ambitious, flitting between sounds while remaining consistently charged up throughout. A dollar from every ticket sale at Friday's "Everybody Hits" concert will be donated to Casa Ruby, a D.C. organization providing the city’s LGBT communities with human services, like case management and housing referrals assistance.

For well over a decade the Minnesota rapper P.O.S. has led a daring career. He often channels his raps so tightly and inconspicuously that it can be hard to keep up with him. He’s squirmed into and around a couple different scenes—hip-hop and punk—but never stopping to try new things along the way. As a co-founder of a renowned Minneapolis hip-hop collective, P.O.S. has also carved out new spaces for other artists, and after an extended stint on Rhymesayers, is back to releasing music for the Doomtree imprint.

Rich Medina, a Philly-proud deejay legend and spoken word artist, has long been a recognized ambassador for the music of Fela Kuti. Medina has been injecting the Nigerian icon’s rhythms onto his dancefloors for more than a decade, and last year he presented his greatest tribute in the form of a studied compilation called "Jump N Funk," released on the London label BBE Music. This weekend, Medina celebrates the release, and channels Kuti’s spirit evermore for the Johnny Brenda’s dance floor.

The New Jersey label Don Giovanni Records has a no-nonsense approach to releasing music, proudly prioritizing a mostly local roster and consistently opening up spaces for radical artists. This weekend they’ll host a showcase at the Church with New Brunswick outfit Screaming Females headlining the bill.

R.A. The Rugged Man, a stalwart New York rapper plowing through his third decade in the music industry, is as known for his tongue-twisting pyrotechnics as he is for his career woes. But he’s also landed himself a reputation as an outspoken underground hero, and he’s currently passing his torch to a West Coast upstart named A-F-R-O, a wonderkind teenage emcee mining a convincing nostalgia for ‘90s hip-hop. This weekend Kung Fu Necktie hosts both rappers and more for a generation-spanning bill.

Greg Cartwright is a garage rock devotee. The Southern rocker has spent most of his life playing in bands and earning renowned as a songwriter. As a solo act, you’ll often see his name qualified by, “of Reigning Sound,” the North Carolina band who last released music in the form of 2014’s "Shattered." Of course, Reigning Sound was always largely a conduit for Cartwright’s experimentation anyways, which is why his name should stand alone just as well.