Weekend Music Picks: the legendary Beach Boys are back! 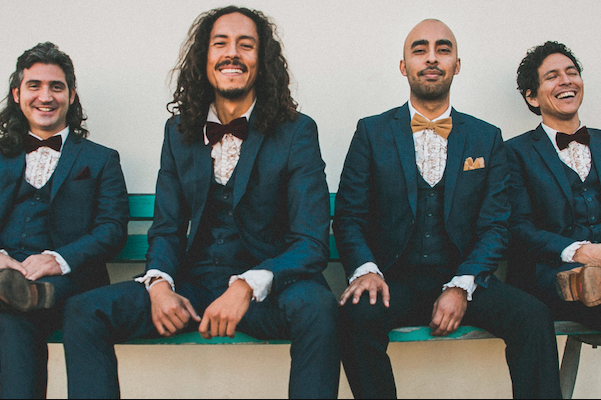 Chicano Batman will be performing with SadGirl at The Foundry at The Fillmore in Fishtown Sunday night.

A stalwart on the underground scene, local emcee The Bul Bey carries his own bill at Johnny Brenda’s this weekend. Just over two years after the release of his Illvibe Media-supported full-length “Shaking Hands and Kissing Babies,” The Bul Bey, née Amir Richardson, has soldiered on recording new music and maintains a constant presence at events around the city.

The up-and-coming feminist punk outfit Full Bush are hard at work on a short debut EP due out later this year. In the meantime, a leadoff single called “Ray’s”—a nod to a lovable South Philly dive bar—and a bustling show schedule have earned the quartet fast traction around town. Look out for new music and plenty more performances this spring.

The Nashville band Lambchop have an oddball footprint. If you had to force a genre on them, alt-country seems like the obvious tag, but they’ve often produced soulful music that’s just as aptly described simply as alternative. More than a dozen albums into their two-decade career, Lambchop’s last record was a conspicuous stunner: electronic production, Autotuned-vocals, and steadfast songwriting yielded an updated sound that cranked up the weird and endeared along the way.

Earlier this month, the Los Angeles outfit Chicano Batman linked up with the retro-soul producer Leon Michaels for their latest album, a sweet-sounding political assertion called “Freedom Is Free.” The music carries a diverse, worldly take on soul and R&B with bandleader Bardo Martinez churning out an intriguing jazz vocal style that meshes wonderfully.

Last year, The Beach Boys celebrated a bewildering milestone: the 50th anniversary of their iconic and oft-misunderstood 11th album, “Pet Sounds.” All these decades later, the band and its fans are still coming to terms with the record, a heady masterpiece that’s often cited as a pivotal bit of experimental rock production. Later this month, Showtime will air a documentary about the making of the album. Before that, the giants of surf rock arrive at the Keswick this Saturday to run through their career catalog.

The on-again, off-again North Carolina band Bombadil traffics in quaint folk rock. On their new album, last month’s “Fences,” the band’s guitars are constantly picked and rarely strummed for a delicately soothing effect. The lyrics, sung in hushed croons throughout, follow the wistful lead of song titles like “I Could Make You So Happy” and “Long Life.” The result is reflective but never depressed.