Intermittent fasting is popular, but eating a few small meals may be a more effective weight loss plan

New research from the American Heart Association took a closer look at the trendy diet. It found the timing of meals has no effect on weight management 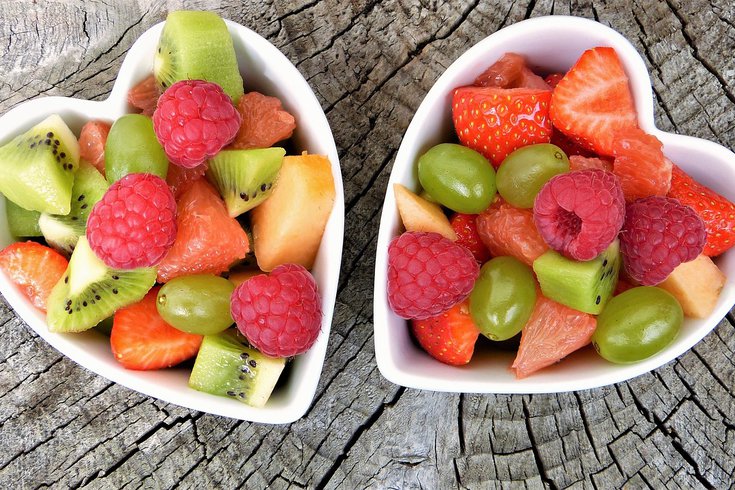 Eating fewer and smaller meals throughout the day is a more effective way to lose weight than intermittent fasting, a trendy diet that includes periods of fasting or calorie reduction, a new study from the American Heart Association says.

Intermittent fasting has become a popular diet backed by celebrities and fitness experts for its short-term weight loss benefits, but new research suggests that eating fewer, smaller meals – not the timing of when someone eats – leads to more effective weight change.

Intermittent fasting focuses on when people eat, rather than how much they eat. The diet includes periods of fasting or restricted calories. During the non-restricted periods, people can eat as much as they like.

The six-year study of nearly 550 adults found that the timing from the first to last meals of the day has no effect on weight loss. But a reduction of total calories does.

The researchers found that total daily number of large meals (more than 1,000 calories) and medium meals (500 to 1,000 calories) each were linked to increased weight. Eating fewer, smaller meals (less than 500 calories) was associated with weight loss.

The timing of meals didn't appear to affect weight change no matter the interval – first to last meal, wakeup to first meal, last meal to bedtime, and total sleep duration.

People who are better at eating fewer calories during restricted time windows might benefit from intermittent fasting, Liz Weinandy, a registered dietitian at The Ohio State University Medical Center, told ABC News. But those who get really hungry during fasting periods and overeat during their non-restricted periods may find it difficult to lose weight with intermittent fasting. Weinandy was not involved in the study.

The study asked patients from three hospital systems – John Hopkins Health System, the Geisinger Health System and the University of Pittsburgh Medical Center – to chart their eating, sleeping and wake-up times using a mobile as much as possible during the first month. During the next five months, they were asked to catalog their activities during one week per month. Researchers followed them six years later to observe changes in weight.

Though meal frequency and caloric intake were linked to weight change, researchers said they could not establish a direct cause and effect. The design of their study also didn't allow them to determine which participants were intentionally trying to lose weight and those who had pre-existing health conditions.

Other research supports the idea that the timing of meals matters. Some studies have found that people who eat earlier in the day are able to burn more calories while still feeling full throughout the day. Eating a late dinner has been associated with weight gain and certain chronic health diseases, including obesity and type 2 diabetes.

Two of the most common ways people practice intermittent fasting are to fast or limit themselves to 500 calories on two non-consecutive days of the week, or to follow the 16/8 method, in which they restrict their daily calories to an 8-hour window and fast during the other 16 hours.

Research on the benefits of intermittent fasting have been conflicting. Some research has shown that it can help people lose weight without the loss of good nutrition. The 16/8 method, in particular, still allows for three meals a day.

Other benefits associated with the diet approach include improvement in insulin sensitivity and heart health. One study even found it may help people live longer.

Some studies have found negative effects. Intermittent fasting may increase a person's risk of hypoglycemia and muscle wasting caused by a lack of protein. Other research has found a link between the diet and eating disorders, especially among women.

Many dietitians emphasize the need to eat a balanced diet that doesn't exclude important food groups or macronutrients.

Consuming too much processed foods generally leads to weight gain; by contrast, diets that are rich in vegetables and whole grains can help people lose weight, according to Courtney Peterson, a nutrition sciences professor at the University of Alabama Birmingham.