The popular diet has been touted as a way to lose weight while maintaining good nutrition. But studies have suggested it has potential drawbacks 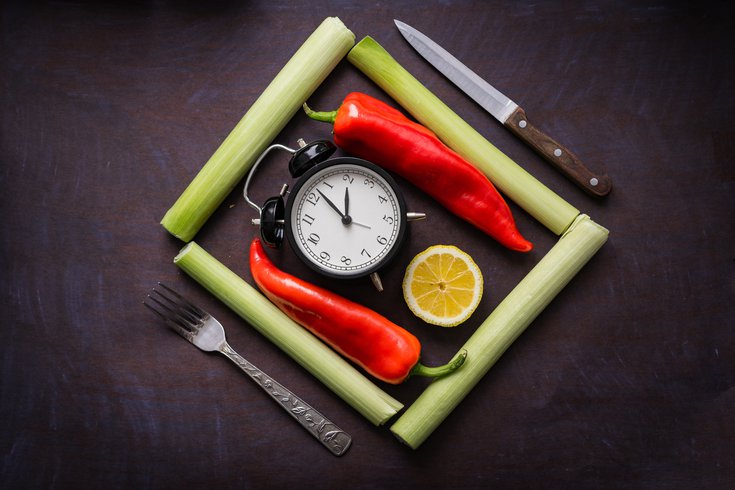 Intermittent fasting focuses when people eat rather than how much they eat. The diet has been touted as a healthy way to lose weight, but new research also has tied it to eating disorder behaviors.

Intermittent fasting has become one of the most popular diets in recent years, partly due to its short-term weight loss benefits. But research has continued to show it carries a mixed bag of potential benefits and drawbacks.

The latest study suggests intermittent fasting is associated with a higher prevalence of eating disorder behavior and psychopathy, especially among young women.

Intermittent fasting focuses on when people eat rather than how much they eat. The diet includes periods of fasting or restricted calories. It is different from the fasting many cultures practice for religious or spiritual purposes.

There are two common ways that people practice intermittent fasting. Some choose to fast or limit themselves to 500 calories on two non-consecutive days of the week. Others prefer the 16/8 method, in which they restrict their daily calories to an 8-hour window and fast during the other 16 hours.

The study analyzed the effects of intermittent fasting on 2,762 adolescents and young adults in Canada. Intermittent fasting was very common among the study sample. Those who fasted had done so for 100 days, on average, over the past year.

Overall, any intermittent fasting during the prior year was associated with greater eating disorder attitudes and behaviors, researchers found.

Psychologists have known that dietary restraint is a risk factor for eating disorders. Dr. Timothy B. Sullivan, chair of psychiatry and behavioral sciences at Staten Island University Hospital in New York, told Healthline that fasting can create a temporary state of pleasure or relief from troubling thoughts or feelings.

"Similar to self-harming behavior, fasting may, in vulnerable individuals, be reinforced via reward pathways in the brain because the behavior alleviates anxiety or other unpleasant moods," he said.

Fasting also may reinforce a distorted self image and lead to "compulsive thoughts and behaviors" in young people who feel they must lose weight to be accepted by their peers, he added.

The researchers noted several limitations to their study. Among them: They were were unable to determine if intermittent fasting caused the disordered eating behaviors or if people with eating disorders were more prone to practice intermittent fasting.

Researchers continue to emphasize that intermittent fasting is not recommended for everyone, particularly young children, older adults and people who have certain hormonal imbalances.

Pros and cons of intermittent fasting

Some research has shown that intermittent fasting can help people lose weight without the loss of good nutrition. The 16/8 method in particular still allows for three meals a day.

Other research has highlighted the diet's potential ability to improve insulin sensitivity and heart health. One study even found it can help people live longer.

There also are potential drawbacks, including an increased risk of hypoglycemia and muscle wasting caused by a lack of protein.

For anyone interested in trying intermittent fasting, there are some safety precautions for practicing it in a healthy way.

Nutrition experts, including those at the Cleveland Clinic, recommend people meet with a registered dietitian or a primary care doctor before starting the diet. They also advise choosing an intermittent fasting method that provides nutrition every day. It is important to not binge on high calorie junk foods during the limited windows for eating. Instead, people are encouraged to consume healthy, balanced meals that are filled with whole foods.

People should ease into fasting, cutting back on their food and drink consumption gradually before their first fast. During fasting periods, they should consume enough water to prevent dehydration and avoid any strenuous activities. They should slowly increase their calories as they move out of a fasting period.

There are several signs that intermittent fasting is making someone more susceptible to an eating disorder. They include using it as an excuse to skip meals, feeling guilty or depressed when eating outside the fasting window, and feeling that way during the allotted time to eat. Severely restricting calories beyond recommended levels to accelerate weight loss and fear of gaining weight also are signs of an eating disorder.

People are advised to listen to their bodies. If they start to feel weak or dizzy during one of their fasting periods, then they should eat something – even if it is just something small.