How a Philly partnership is detoxing your brew 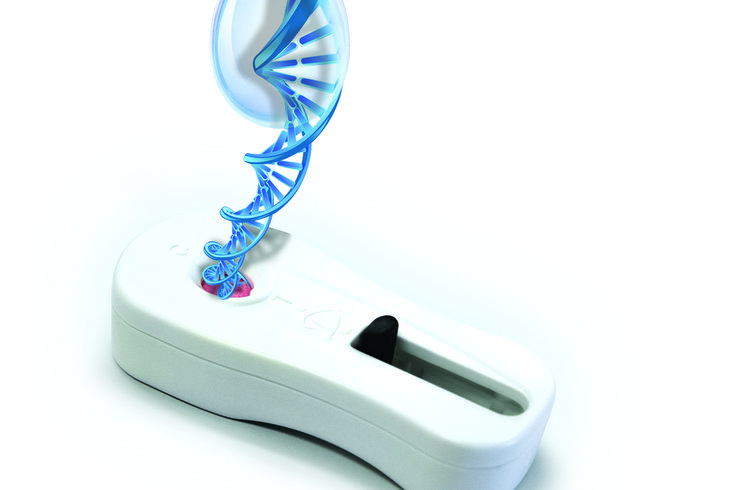 A rendering of the 'cassette drop' that produces a reading for bacteria in beer.

Scary thought: At some point, you might have consumed a beer spiced more with bacteria than cinnamon or nutmeg.

But wait -- calm down, it's nothing you'll be dying from anytime soon.

"As brewers, we're not regulated by the FDA, and for good reason: We're not going to grow any bacteria in beer that is harmful to people," Zach Miller, a quality assurance lab technician for Downingtown-based Victory Brewing Company, told PhillyVoice.com. "The alcohol content's too high, and the pH is too low. We're not growing salmonella in beer. But we are interested in bacteria that are capable of growing in that environment, ones that have the potential to spoil the beer -- particularly, lactic-acid-producing bacteria."

Basically, the bacteria -- which is there upon brewing -- sours the taste of the beer the longer it sits on the shelf, and colonies of bacteria continue to grow. This is not to say companies like Victory are just now getting around to testing for bacteria, it's just that the previous method of testing (read: the old-school petri dish way) can take as long as a week; with the fast-paced environment of a brewery, the time's not always there for thorough testing.

"Beer could be in California [by the time we see test results]. And if we find out we have lactic-acid bacteria in the beer, and it's out the door, it's too late -- we're looking at an expensive recall situation," he said. "But with brewPal, we're able to detect the bacteria in less than three hours. We're doing those quality checks before we ever package the beer, and we feel confident sending it all the way out to California."

Veriflow brewPal, a molecular technology that's being described as the best beer-testing method on the market (comparable products might take as long as eight hours, he said), is the result of a Spring 2014 partnership made with University City-based company Invisible Sentinel, a 2006-launched business born out of the University City Science Center and focused on developing new ways to safely -- and quickly -- test food and beverages.

The company approached Victory after wrapping up a similar project dealing with wine.

"Toward the turn of fall or winter 2013, we'd been working with a wine company, testing wine for its own forms of bacteria, and the next natural question was, 'What about testing beer?'" Invisible Sentinel CEO and co-founder Nick Siciliano told PhillyVoice.com. "We knew our technology could have a great impact in that industry, and we wanted to ask questions about what kinds of bacteria grow in beer. ... We reached out to a few local craft brewers and just began, you know, asking questions."

They engaged Victory in particular after about four months of research; Victory had just expanded to its Parkesburg, Chester County, facility and was looking to improve its production.

"It sounded too good to be true," Miller said.

Now approaching a phase of beta testing, Miller said Victory has been satisfied with results and plans to use the testing product full time when it's finalized. 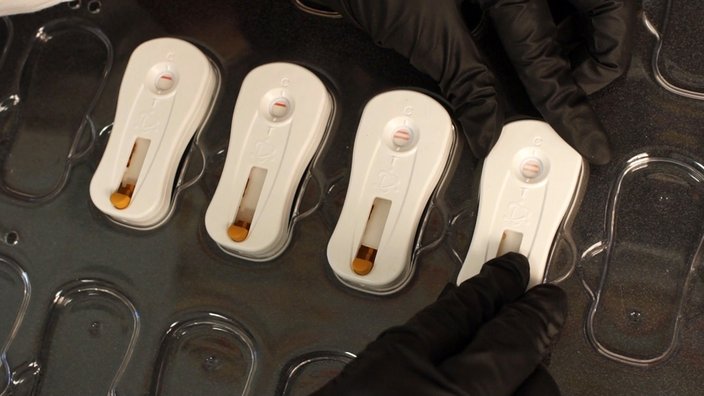 The layman's explanation of how the product works: brewPAL bypasses the process of, Siciliano said, "cleaning up" beer to ready it for testing; a 25-milliliter vial of beer is put into a centrifuge (a machine that separates fluids), it gets scanned, it's transferred into an amplification tube (which is put into a thermal cycler) and then -- like a copy machine -- it reproduces the DNA of any bacteria that might be present. The test reading, produced through what Siciliano called a "cassette," then indicates not just whether bacteria is there, but how much is there.

From there, it's up to the brewing company to determine whether to toss out the beer, put it through a filtration process or pasteurize it -- the latter options do have a minor impact on taste, Miller said, but not nearly to the extent that the bacteria does.

"The real significance of this is the same-day results," Siciliano said. "There's not a lot of sitting around at a beer brewery; there's a lot of moving to get into production and packaging, and they're not waiting a week or two for results."

It's proactive rather than reactive, essentially. (And might even free up some resources for researching new beer styles.)

"It changes the way brewers think about quality control, and it can also lead to saving a lot of money in everything from brand management to having to throw away product," Siciliano said. "We're excited to roll out an entire portfolio for beer. We're hoping to add two or three tests to brewPal by the end of the year."