To put into context how large that number really is, the below chart shows all the teams since 1991 (when the NFL began tracking 20+ yard plays) that gave up 70 or more 20+ yard pass plays in a season: 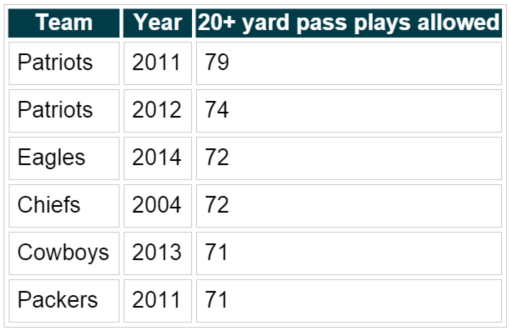 In many ways the Eagles' defense was good in 2014, especially the front seven. But all it really takes is to have one glaring weakness to wreck all the good, as noted by defensive coordinator Billy Davis after the Eagles' loss to the Redskins Week 16.

"The deep pass ball has got to stop," said Davis. "That is what is giving up yards, and our points (allowed) aren't where they need to be. There are a lot of aspects of the defense that have grown. Our run average per attempt is (good), our takeaways are in the top five, our sacks are in the top five, our opponent completion percentage is in the top five. But the one that matters most is points, and that's the one we have to get down, and we're not doing that. That's a product of the deep passing game." 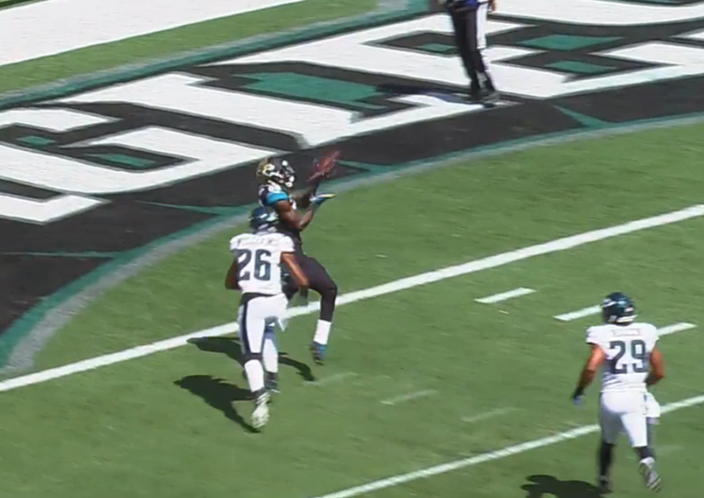 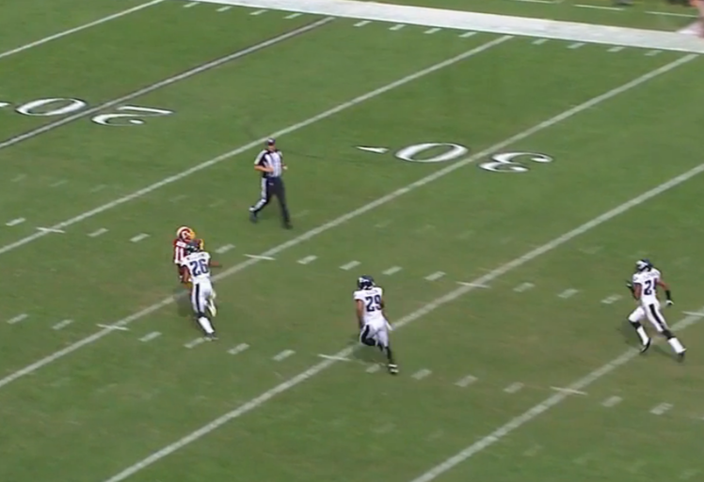 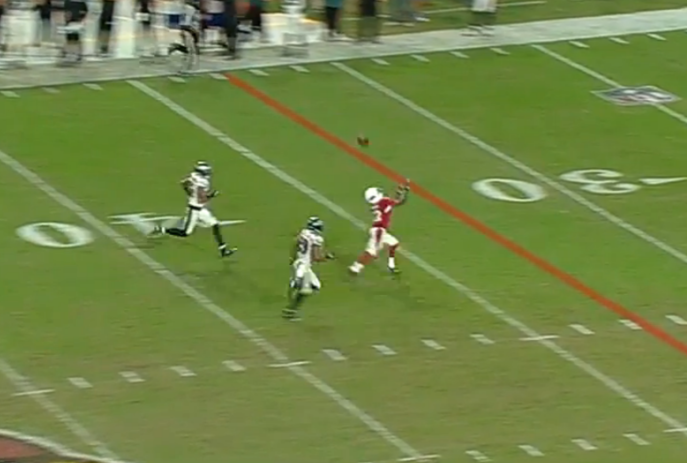 Kelvin Benjamin for 40 (he actually had to come back for this one, but had gotten past the defense): 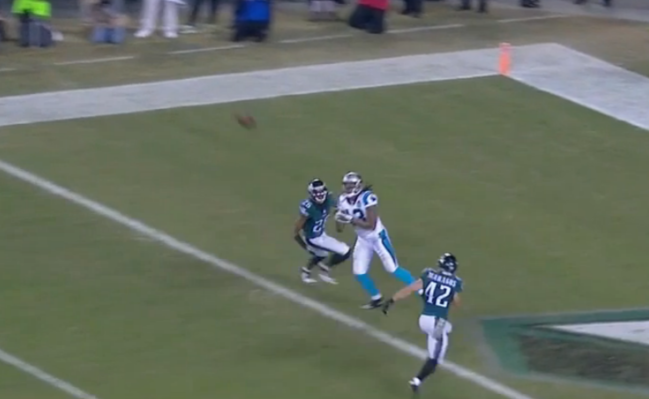 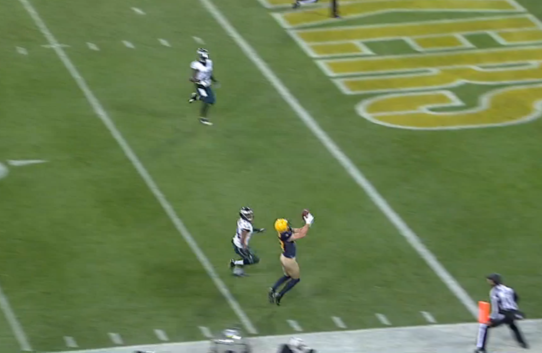 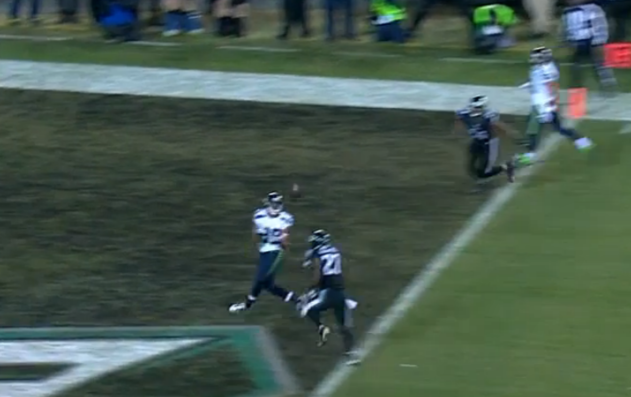 Nate Allen has no anticipation and Dez Bryant beats Bradley Fletcher for 26 yards: 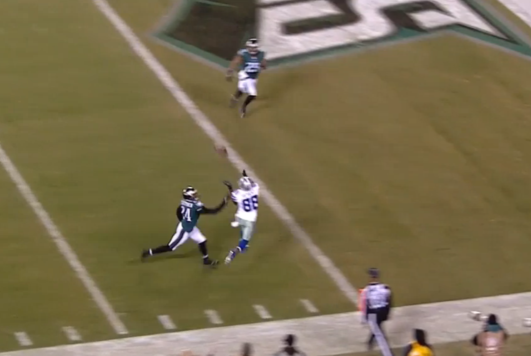 And I promise this isn't the same play as the one above, as Bryant beats them again for 25 yards: 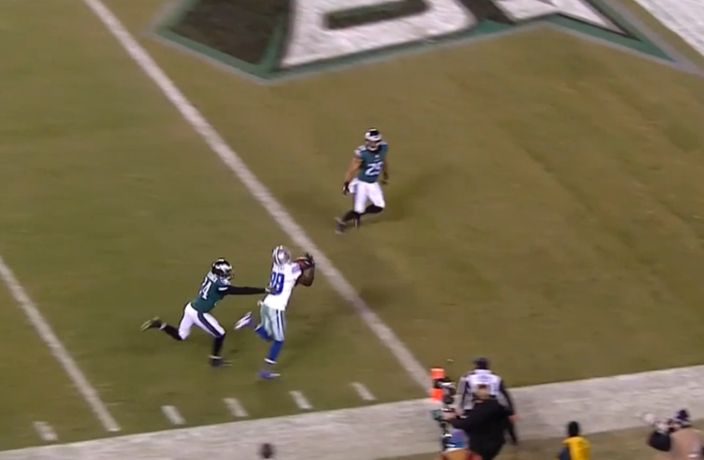 The Eagles have one good starter in their secondary in Malcolm Jenkins, and they have a good slot corner in Brandon Boykin. The other three starting spots were manned by a trio of defensive backs (Cary Williams, Bradley Fletcher, and Nate Allen), who are (generously) below average NFL starters. Until the Eagles get better personnel on the back end, the defense as a whole is going to suffer.

Offensively, the Eagles turned the ball over 36 times, the most in the NFL. Defensively, as noted already, they gave up more big plays than any other team in the NFL. On both sides of the ball, there wasn't a team in the league that had more devastating game-changing plays go against them than the Philadelphia Eagles.