Where to find the presidents' favorite meals in Philadelphia

Eat like the commander in chief, from Washington to Obama 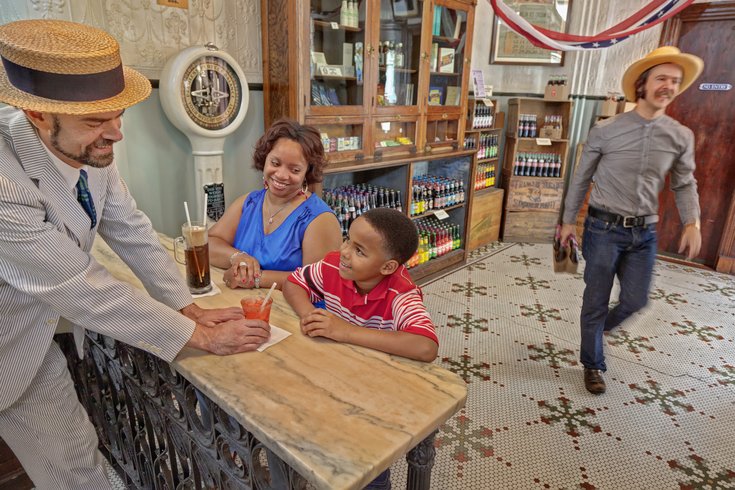 The Franklin Fountain in Old City at 116 Market Street.

Like any other public figure, everyone loves to know tiny details about our nation's presidents that make them feel, well, more like us: what they like to do for fun, what music they like, what they eat, etc. So, in honor of Presidents Day, we've rounded up a few of our presidents' favorite foods, from George Washington to Barack Obama, and found where you can get those meals in Philadelphia. (Props to the late Lynne Olver, editor of Food Timeline, for the historical research.)

Between meals this holiday, be sure to check out the Constitution Center's Presidents Day party.

Everyone knows the old myth of George Washington chopping down the cherry tree. But, it turns out, he really was a fan of cherries and other fruits, according to biographers. So, make like Washington and head to Franklin Fountain for their Cherry Bomb Ice Cream Soda: a scoop of their Bittersweet Chocolate ice cream topped with their house-made Cherry Soda.

By all accounts, Thomas Jefferson was quite the foodie. Though he had a fondness for French cuisine, his kitchen garden at Monticello is said to have been well-stocked with native crops like sweet potatoes, one of his favorites. Put a twist on the past by snagging a sweet potato taco (or a burrito) at Honest Tom's in West Philly. It's vegetarian and historical.

Vintage glassware at Bud and Marilyn's.

Though now known to history for his War of 1812 victories and mistreatment of Native Americans, during his day Jackson was also well-known for enjoying a strong alcoholic punch. Give thanks for the lessons that history teaches us and raise a glass of Bud & Marilyn's Planter's Punch (Jamaican rum, orange juice, lime juice and nutmeg) with a toast: "To progress!"

According to "A Treasury of White House Cooking," Abraham Lincoln preferred simple meals, but he loved a nice plate of chicken fricassee with nutmeg and mace. Head to Creperie Beau Monde in Queen Village at brunch and you'll find their chicken fricassee crepe with sunny-side-up eggs and creme fraiche. Maybe you'll feel a little presidential.

Yes, yes, Ronald Reagan is well-known for his jelly bean obsession -- but those aren't as fun to search for in a great dining city like Philly. Ronald Reagan also frequently enjoyed wife Nancy Reagan's monkey bread, a sweet, sticky, gooey bread dish often served for dessert or with breakfast. If you're looking in Philly, Jones makes a mean monkey bread for brunch.

Walter Scheib, White House Chef for both the Clinton and George W. administrations, wrote in 2007 that on Sundays, after church, the quick-eating GWB preferred a meal of huevos rancheros. For a great take, try Cantina Dos Segundos at brunch; it's served with eggs over easy, guajillo salsa, refried beans and breakfast potatoes. 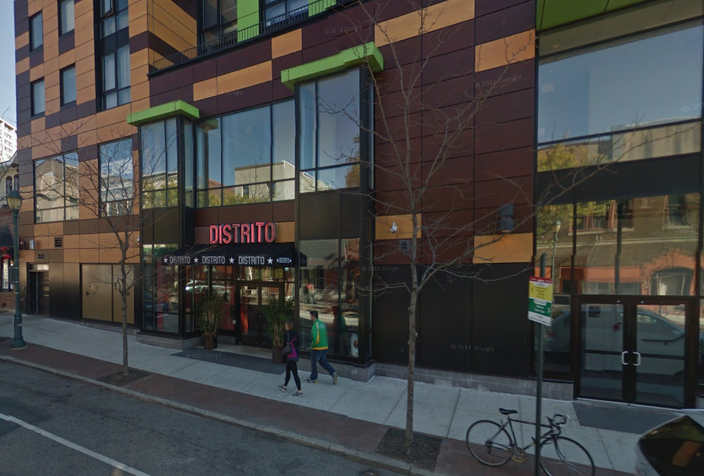 In Chicago, the Obamas are known for enjoying Rick Bayless's high-end Mexican restaurant Topolobampo and the Chicago Sun-Times said in 2008 that Barack's favorite dish was their sopa azteca. For a modern Mexican meal in Philadelphia, try Jose Garces' Distrito in University City. They serve tacos and small dishes in the taqueria in addition to their upscale dinner menu.