Here's why – and how – you should test your home for radon

Testing is easy and relatively cheap 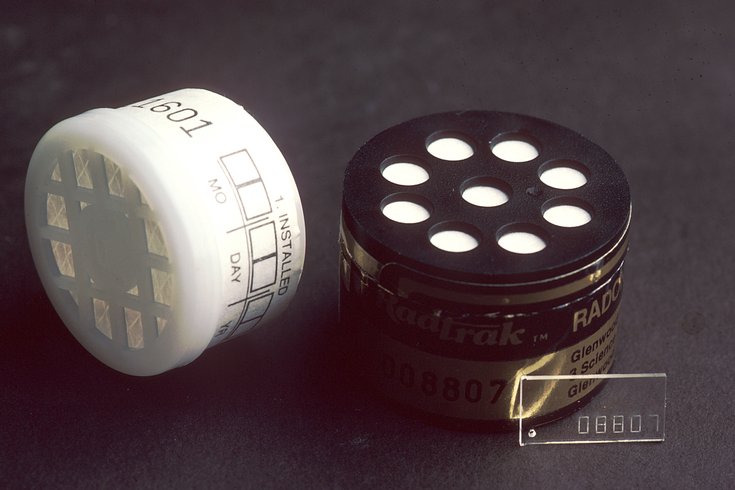 Radon test kits can be purchased at most hardware stores for about $20 to $30.

Cigarette smoking is the leading cause of lung cancer in the United States – by far. Public health officials have essentially drilled that fact into most Americans' heads for decades.

The second-leading cause remains a bit more anonymous.

Radon – an invisible, odorless, radioactive gas that can seep into homes from the earth – causes an estimated 15,000 to 22,000 lung cancer deaths each year, according to the National Cancer Institute.

Prevalent across much of the United States, including Pennsylvania and New Jersey, the radioactive carcinogen enters homes through tiny cracks in the foundation and other small openings.

But some good news exists: Radon testing is both simple and relatively inexpensive. And though mitigation systems can run north of $1,200, consider the medical expenses of fighting lung cancer.

In Pennsylvania, nearly every county has locations of high radon levels. The predicted average indoor radon screening levels exceed federal guidelines in 49 of 67 counties, according to the U.S. Environmental Protection Agency. Only Philadelphia County has a predicted average that falls in the EPA's lowest range.

But state officials warn residents against assuming their homes are safe based on county averages. It is a misconception that high radon levels are only found in homes located in regions with high averages.

Take Ocean County, New Jersey. Homes have tested as high as 23.7 picocuries of radon per liter, yet the county average is just 0.98 average pCi/L. Anything exceeding 4.0 pCi/L is considered dangerous, according to the EPA.

"It's all related to the geology, whatever is under the footprint of the home," said Denise Bleiler, radon program supervisor for Pennsylvania's DEP.

Radon levels are dependent on the distribution of uranium-rich rocks and soils, plus the porousness of the soil, near the home. The number and size of entryways – foundation cracks, French drains and sump pits – also impact radon levels. So does air pressure within the home.

These variables can change from house to house. That's why state officials recommend everyone have their homes tested.

"You can walk into a house and smell mold and then you know you have a problem," Bleiler said. "With radon, because you can't taste or smell it, people tend to put it on the back burner."

Here's how to test your home and what to do if the test indicates radon levels are high:

PURCHASE A DIY TEST AT A HARDWARE STORE

The only way to know whether a home has elevated radon levels is to administer a test. Do-It-Yourself, short-term kits can be purchased at hardware stores for about $20 to $30.

Those services will cost more than DIY kits, which are simple to administer.

When using a DIY kit, follow the instructions and fill out the form included with the device.

The device should be placed in the lowest livable level of the home, a designation that includes unfinished basements, but not crawl spaces. Do not place it a kitchen, bathroom, laundry room or closet.

The device needs to be placed at least 20 inches above the floor, four inches from any other object and 36 inches from doors, windows or other openings to the outside. It should be situated at least one foot from any exterior walls.

Turn off any fireplaces, wood stoves and attic or window fans during the test. They will impact air pressure and could compromise results. Keep all exterior windows and doors closed during the test, except to leave the house.

Once the test is complete – a duration that lasts between four and seven days – immediately mail the device to a state-certified lab.

Long-term kits, which tend to have less variation, are also available.

Even if tests indicate low radon levels, Kumar urged homeowners to retest their homes every few years – particularly if their home was new construction. Houses settle and foundations crack in time.

"If it was zero at one time," Kumar said, "it doesn't mean that it will be zero a few years later."

Additionally, state laws in both Pennsylvania and New Jersey require real estate sellers to disclose the results of any known radon tests.

WHAT THE RESULTS MEAN

Radon levels that exceed 4.0 pCi/L (picocuries per liter) should be reduced, according to EPA guidelines. To do so, a radon mitigation system must be installed by a state-certified firm.

But first, homeowners should consider administering a second test to confirm the result – if they exceed 4.0 pCi/L.

"The bottom line is, yes, independent of smoking, there is risk from radon," Kumar said. "This is something that most people and physicians, and the whole population, should be aware of. Because there's a lot of radon in Pennsylvania especially. It's one of the higher-risk states, in general."

For smokers, radon exposure heightens the risk of lung cancer. Exposed to 4.0 pCi/L levels over their lifetimes, smokers have a 1-in-16 chance of developing lung cancer due to radon, according to the EPA.

HOW TO INSTALL A MITIGATION SYSTEM

Both Pennsylvania and New Jersey list state-certified mitigation firms on their websites.

Sub-slab depressurization systems, which reduce radon levels by venting and sealing homes, are the most common radon mitigation system, according to the New Jersey DEP. The average system costs about $1,200, but prices range from $500 to $2,500.

Installation should take less than one day.

Homeowners should conduct a post-mitigation radon test. Both Pennsylvania and New Jersey offer free follow-up kits to homeowners who have installed mitigation systems within the last year.

Additional follow-up tests should be conducted every two years.