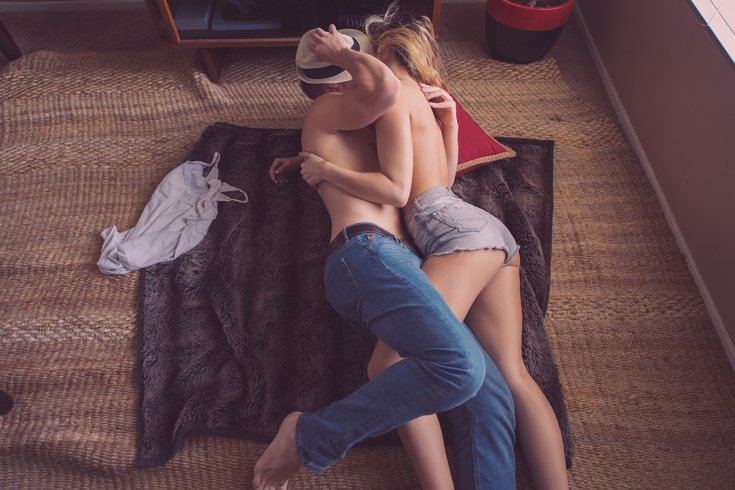 Philadelphia officials have no data regarding how often police are called out to respond to loud-sex calls.

Between statistics from the Philadelphia Police Department and calls made to the Philly311 non-emergency contact center, we can learn a lot of things about people who call our fair city home.

But after an extensive investigation over the course of a couple hours on Tuesday, I learned one disturbing truth about the depth of those agencies’ statistics.

Specifically, it seems as if we’d be unable to discern what loud-sex couple has logged the most neighborly complaints in the city.

This seems like an unusual story to pursue unless you happened to read a New York Post story in which “New York City’s loudest lovers” spoke about prompting the “highest number of 311 gripes about clamorous coitus.”

Without going into too much detail, the couple who staked a claim to said title is Olga Valerio and Byron Perez.

He’s the 26-year-old handyman in the Brooklyn building she calls home.

Their location was outed two years ago in a report that didn’t name names. Olga – bless her heart – took the heat since people whispered that the loud sex-haver was her 31-year-old daughter Dahiana.

“Chemistry is chemistry,” Olga told the Post, with her lover at her side.

And chemistry in Brooklyn is the same as chemistry in Philadelphia. Hence, my inclination to learn whether similar statistics were kept in Philadelphia and, if so, pursue an interview with the fornicators responsible for drawing the ire of neighbors.

Ajeenah Amir from the mayor’s press office responded that any callers with complaints of this nature would be instructed to call 911 “as this would be a ‘quality of life’ issue” that police would address.

“Thus,” she wrote in a Tuesday afternoon email, “we have no data on these types of calls.”

I then took this inquiry to the PPD’s media relations office which – bless their hearts – haven’t grown tired of my unusual requests over the course of the past 17 years.

They also spoke of having no such data.

Police calls are logged by Uniform Crime Reporting code (UCR) and there’s no UCR code for “having sex so loud that it bothers your neighbors."

When noise complaints are issued, they don’t include the type of noise that prompted the call, according to Officer Troy Brown.

Despite no formal record of loud-sex complaints in the city, all hope is not lost.

Running the risk of seeming a little – I don't know, creepy – here's the ask:

If you’ve called the police on your loud sex-having neighbors, or had police called on your own sonorous sex (preferably multiple times!), I’d love to hear your stories. You can reach out via Facebook, Twitter or email and your anonymity will be protected.

If this can be the start of a new data set for the city’s quality-of-life files (or spark a similar story to that which made Olga and Byron the toast of Brooklyn this week) it’s a worthwhile pursuit.