Wildwood Crest bans smoking on the beach, imposes restrictions on marijuana use 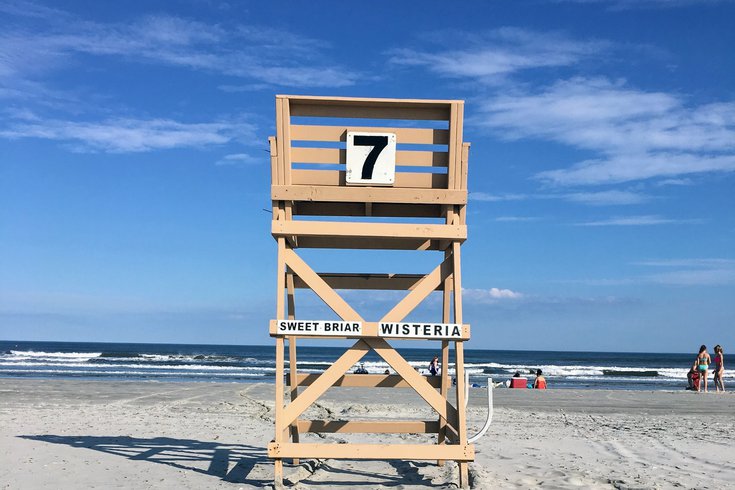 Above, a lifeguard stand is seen on the beach between Wisteria and Sweetbriar roads in Wildwood Crest.

If you're planning to go to the beach at Wildwood Crest this summer, leave your cigarettes and cigars in the car. And maybe keep any cannabis products at home, too.

The Cape May County borough's board of commissioners passed three ordinances Wednesday that ban smoking on the beach and restrict how marijuana can be used and distributed within the popular Jersey Shore destination.

The ordinances were originally introduced last month and initially passed the board of commissioners with a 2-1 vote, according to the Cape May County Herald. Wednesday's vote came after a second reading and public comments about the proposed ordinances.

"The goal is to maintain cleaner beaches and ocean and most importantly, keep your lungs and overall health in good shape," Wildwood Crest Mayor Don Cabrera wrote in a Facebook post. "Thank you for your cooperation."

Residents and visitors to Wildwood Crest are now prohibited from using cannabis products in public spaces such as parks and recreational areas. Additionally, all marijuana establishments, distributors and delivery services are banned within the borough limits.

The new restrictions will take effect June 7 as the summer beach season at the Jersey Shore gets underway.

Gov. Phil Murphy expanded the state's no-smoking law in July 2018 to include any public beach. Fines for those caught smoking on beaches in New Jersey start at $250 for a first offense and go up to $1,000 for a third offense.

But the amended law contained a clause that allowed for municipal governments to pass an ordinance designating areas equaling no more than 15% of their total beach acreage for smoking. The areas must be indicated by signage.

Wildwood Crest had offered designated smoking areas on the beach since 2019. These spots were located in the back of the borough's beaches and were set up with receptacles for cigarette and cigar butts to avoid littering, according to NJ.com. Warnings would be issued to people who smoked outside of the designated area. Enforcement was conducted by police rather than lifeguards.

Now, the entire beach will be smoke-free.

Smoking had already been all but prohibited on Jersey Shore beaches, as many towns had implemented their own local bans. Among those included Wildwood Crest's neighbors, Wildwood and North Wildwood, and Ocean City.

Murphy signed three bills into law decriminalizing and legalizing adult-use recreational marijuana across the state in February. New Jersey is one of 13 states to decriminalize cannabis for adults ages 21 and over.

The legalization followed a lengthy back-and-forth in the state legislature for more than three months after approximately two-thirds of New Jersey residents voted in favor of the change on a ballot referendum in last November's election. The referendum succeeded after several legislative efforts failed over the past few years.

Smoking in many public places remains prohibited. Patients are permitted to consume medical marijuana in some public places, but beaches are not included, according to NJ.com.

The specifics of setting up the legal weed market are still in the works, and so far, buying and selling recreational marijuana isn't technically legal. State officials have to write regulations and grant licenses to establish the new legal market — meaning residents won't likely be walking into a dispensary and purchasing weed until 2022.

But the new marijuana legislation gave municipalities 180 days to reinstate their bans of cannabis sales at the local level. Some municipalities across the state are prohibiting marijuana sales and cultivation in their towns, including Ocean City and Somers Point.

Ocean City's ordinance was proposed in March and passed City Council unanimously in April following a public hearing on the matter.

The new measure replaces an ordinance banning marijuana in Ocean City that was passed in 2019. The original restriction became invalid after adult-use cannabis was legalized and decriminalized in New Jersey.