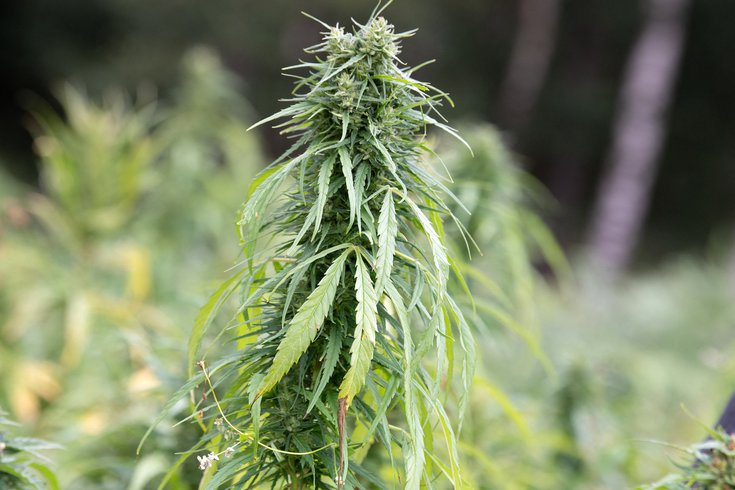 New Jersey will be one of four U.S. states deciding on Election Day whether to legalize marijuana for recreational use.

New Jersey voters have passed a statewide ballot measure to legalize recreational marijuana, overwhelmingly deciding in favor of a constitutional amendment that will make cannabis accessible to adults 21 and over.

The Associated Press called the ballot question with about 58% of precincts reporting, with 67.25% in favor of the measure.

The ballot question ends years of legislative efforts that came up short in New Jersey.

The exact language of the referendum appeared on all New Jersey ballots is as follows:

"Do you approve amending the Constitution to legalize a controlled form of marijuana called ‘cannabis’? Only adults at least 21 years of age could use cannabis. The State commission created to oversee the State’s medical cannabis program would also oversee the new, personal use cannabis market. Cannabis products would be subject to the State sales tax. If authorized by the Legislature, a municipality may pass a local ordinance to charge a local tax on cannabis products."

The measure to add this ballot question was approved in December 2019 following a series of near misses to legalize weed by politicians in the state legislature. The measure had the support of Gov. Phil Murphy and a majority of New Jersey residents.

Recent polls showed many New Jersey residents in favor of the constitutional amendment, by a measure of 2 to 1, according to surveys. Eleven states and Washington, D.C., have legalized recreational marijuana since 2012, and New Jersey was one of four states where voters are being asked whether they support adult-use legalization of pot for non-medical purposes.

Here is a look at both sides of the issue in New Jersey.

Gov. Phil Murphy made the legalization of adult-use marijuana a part of his campaign platform in 2017. During his first budget address, Murphy said he wanted legal weed in New Jersey by the end of 2018. Murphy called on the state senate to pass legislation, but all attempts fell short of enough votes.

There are reportedly around 100 people arrested every day in New Jersey for possessing even small amounts of marijuana.

The coalition NJ CAN 2020, formed specifically to rally support for the ballot question, is made up of activists, lobbyists, business people, and doctors campaigning to make recreational marijuana legal in New Jersey.

Advocates who have pushed for legalization for years emphasize the potential positive economic impact legalization could have. And since the COVID-19 pandemic began, resulting in historic unemployment levels and depleted state tax revenues, legal recreational marijuana is being touted as a means to get New Jersey's economy and state budget back on track. One estimate is that sales would raise $126 million in tax revenue annually, and some say that figure is conservative.

Additional tax revenue would benefit the New Jersey municipalities where cannabis businesses are located. Those towns would be permitted to charge businesses an additional 2% tax.

Who is against marijuana legalization?

Health advocacy groups like the Medical Society of New Jersey, the New Jersey Council of Child and Adolescent Psychiatry, and the New Jersey Psychiatric Association are against legalization. They point out the side effect of marijuana use, like impairment to memory, attention, productivity and motivation. These groups point to studies that show the dangers of marijuana use for pregnant women and juveniles.

Groups like the New Jersey Republican State Committee, the Republican County Chairmen's Association, and a lobbying group called Don't Let NJ Go to Pot are against weed legalization in the state.

The New Jersey Association of Chiefs of Police opposes marijuana legalization, expressing serious concerns about an increase in the number of people driving while intoxicated.

Others who advocate voting no on the referendum say that because the ballot question would create a state constitutional amendment, it would make it difficult for municipalities against legalization to keep cannabis businesses out of their towns.

What does this ballot question leave unanswered?

The ballot question has been criticized for how much it leaves up to legislators. The measure provides little detail about what New Jersey's legal cannabis industry will look like if the referendum is approved. The bill does not specify how, where, or who can sell in New Jersey.

Also, the timelines of many issues associated with legalization are not answered by the ballot question. It does not specify when legalization would go into effect. Not only does it have implications on when marijuana businesses could open, but it also raises the question of when police will cease arresting people for pot possession.

Before any of that happens, the state legislature needs to create and pass a law to officialize legalization. The law would need to come with regulations.