The limited edition 'Fresh Prince'-inspired fashion will only be available until Oct. 14 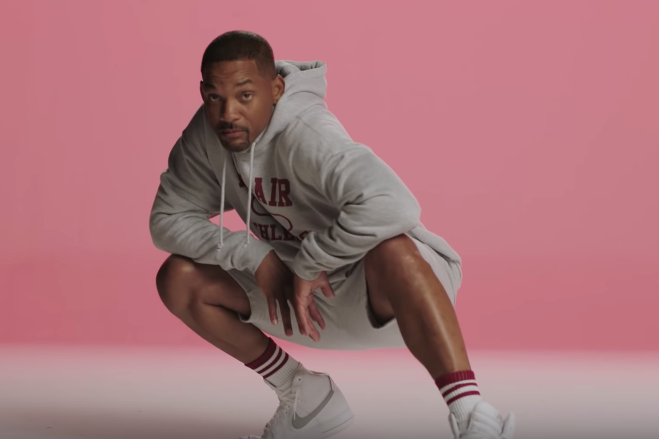 Will Smith launched the 'Bel-Air Athletic' clothing line on Oct. 1, which is inspired by Bel-Air Academy, the fictitious prep school his character attended on 'Fresh Prince of Bel-Air.' The line will on sale until Oc. 14.

If you've been dying to show your school pride for Bel-Air Academy, the fictitious prep school attended by the likes of Will, Carlton, and Ashley on "Fresh Prince of Bel Air," then today is your lucky day.

West Philly-native Will Smith launched "Bel-Air Athletics" on Oct. 1, a new clothing line honoring Bel-Air Academy's gym uniform, and, oh man, we are living for this sweat gear. The limited run of pieces will only be available until Oct. 14 on WillSmith.com. All of the clothing on the site is either made-to-order or made in limited quantities.

Pieces include unisex items and women's wear, like a cropped school uniform sweatshirt that surely would've been Ashley Banks approved.

The nostalgic line makes a notable throwback to Will's school uniform blazer ... but in the form of a track jacket. Remember the inside-out paisley design he rocked for three years at the academy? Well, you too can wear the design and do it while exercising.

Prices range from as little as $6 for a car air freshener to the $200 splurge for a gym bag kit. Clothing like "Bel-Air Athletic" shirts, gym shorts, and socks fall somewhere in between.