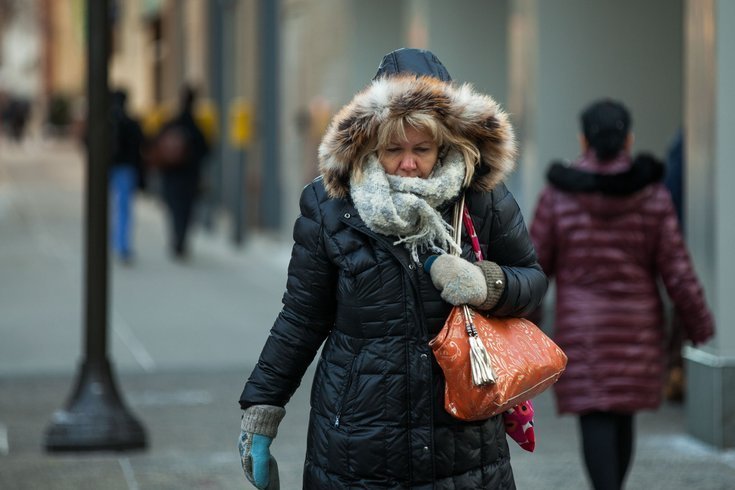 The National Weather Service has issued a winter weather advisory for Philadelphia County that will be in effect until 1 a.m. on Tuesday.

The wintry mix of snow and rain hitting the Philadelphia region is expected to continue into early Tuesday morning, hindering travel.

The National Weather Service has issued a winter weather advisory for Philadelphia that will remain in effect until 1 a.m. Forecasters predict the city will get as much as three inches of snow.

The regions northeast of the city are expected to get more snow. Winter weather advisories also are in effect for Bucks and Lehigh counties until 4 a.m. Those counties could see up to six inches of snow.

MORE NEWS: Bad dreams may help you deal with your fear, study says

Snow began falling in Philly before 9 a.m. Monday. A mix of rain and snow is expected until noon, after which snow is forecasted for the rest of the day. Sleet and 1-to-2 inches of snow are expected to accumulate during the day, with temperatures hitting a high of 37 degrees. Another inch of snow is likely to fall throughout the night.

The good news is that the snow won't stick around for too long. Tuesday is expected to be sunny with a high of 42. The bad news? Travel is definitely taking a hit today.

Some flights have been canceled or delayed due to the wintery mix at the Philadelphia International Airport. Delays averaging 55 minutes have been reported by the Federal Aviation Administration.

Good #MondayMorning! Snow ❄️is headed at us starting this morning and lasting thru the day. Some cancellations and delays are reported and FAA reports arriving flight delays averaging 55 min. Check flight status with your airline, monitor the weather and allow extra travel time. pic.twitter.com/iJwXr1MExS

The Pennsylvania Department of Transportation also put motor travel restrictions in effect in eastern Pennsylvania beginning at 6 a.m. Monday. All double trailers, empty trailers, non-commercial vehicles with trailers, as well as recreational vehicles and motorcycles are banned from the following highways: