Woman accused of throwing dog to death from Camden high-rise 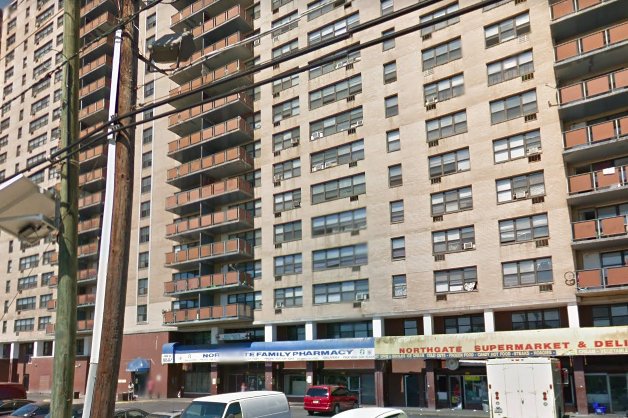 The Northgate apartments in Camden.

A woman was charged this week after she allegedly threw a 2-year-old dog to death from a high-rise apartment building in Camden.

Jaunita Jones, 28, faces an animal cruelty charge in connection with the Nov. 30 death of Hazel, a female pug-pit bull mix, according to multiple reports.

The dog belonged to Jones' boyfriend, Howie Ellis, whom she lived with at the Northgate I Apartments on North Seventh Street, NJ.com reported.

The two reportedly quarreled before Jones allegedly threw the dog from a 17th-floor balcony at the complex. She was reportedly taken for a psychiatric evaluation after the incident.

Ellis told officers he left Jones alone in the apartment while he met his mechanic at his car in Northgate's parking lot. When he exited the building, the crowd called him over to his dog, which had landed 4 to 5 feet from his car, according to the animal-control report.

Police initially handcuffed Ellis, believing he had thrown the dog. Later, police determined Jones allegedly threw Hazel from the balcony, according to the department's report.

Jones is scheduled to appear in municipal court on Dec. 20.

The newspaper also spoke with Stuart Goldman, a private animal-welfare advocate who is a former officer with the Society for the Prevention of Cruelty to Animals.

"Imagine the horror of this animal dropping 17 stories ... trying to grab onto something and she can't. It's a long way down," Goldman told the newspaper. "This is the most outrageous case I've seen in a long time."

Micklewright, whose company is contracted by Camden to respond to animal control issues, said his firm receives up to 70 calls a month and has handled killings.

But it hadn't seen anything like this case, he told NJ.com.

"This is horrible what happened," he said.