Animal care providers were not too happy with her 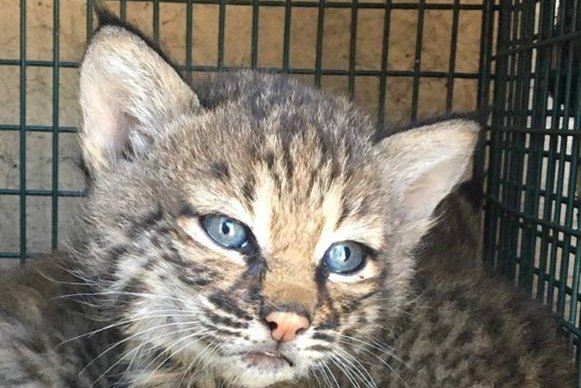 The bobcats were discovered in Atascosa County, Texas.

A Texas woman is being scolded by local authorities after she "mistakenly" took home two baby bobcats instead of domestic house kittens.

The animals started to be aggressive and bite, and that's when Jane Dinscore realized she might have made a mistake. Or so she says.

“I think they started doing a little bit more research and educating themselves and thinking: ‘You know what, these don’t look like your standard house cat.‘” San Antonio Animal Care Services spokeswoman Lisa Norwood told local TV station KENS 5 on Monday. “Maybe we should call somebody.’ Thankfully, they did.”

So the story gets interesting from here.

Originally, Dinscore said she picked up the kittens in an alleyway somewhere in San Antonio. But since then, she has been telling authorities that her brother, James Dinscore, gave her the cats from his home in Atascosa County.

Apparently she didn't want him to "get in trouble," she says.

But she's still maintaining the mix-up was just that: a mix-up. She thought the animals were Bengal cats, a rare domestic breed that resembles a more exotic wild feline.

Wildlife Rescue & Rehabilitation called the situation "inexcusable" because the bobcats have most likely lost the window of opportunity to be reunited with their mother.

"If the people who took these bobcat kittens would have had the moral courage to be honest about where they came from, WRR would have a better chance of reuniting them with their mother," the group said in a Facebook post.

The group is going to keep the cats for about a year to help support their developmental needs and then release them back into a "protected habitat where humans will never lay eyes on them," their post read.