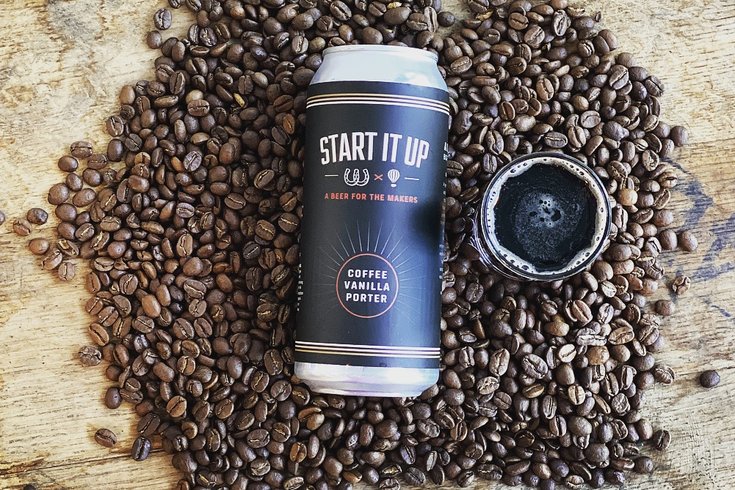 Start It Up is a new brew created by Workhorse Brewing Co. and Saxbys.

It was big news when Yuengling and Hershey's announced their limited-edition chocolate porter, and now another two well-known brands have collaborated to produce a fall beer.

King of Prussia-based Workhorse Brewing Co. and Saxbys, the coffee company headquartered in Philly, have created a coffee vanilla porter.

The brew, called Start It Up, was released earlier this week and uses real vanilla beans and Saxbys' medium roast Pep Talk.

You can find it in 16-ounce cans for sale at dozens of locations throughout the greater Philadelphia area, on tap at the Workhorse taproom in King of Prussia and at the recently opened pop-up Workhorse taproom at Spread Bagelry, 2401 Walnut St.