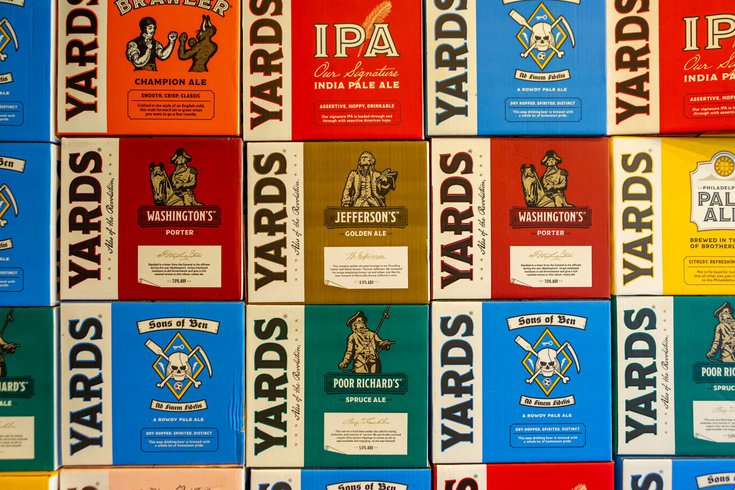 Philly's Yards Brewing Co. has created a light beer for summer sipping. The Featherweight Citrus Hazy Pale Ale is 3.7% ABV and a total of 105 calories.

Alcoholic seltzers are a common choice for summer since they're lower-calorie, easy to drink and there's no shortage of options.

But they're not the only canned beverage made with drinkability in mind.

RELATED: Sunset Social announces lineup of summer programming on the rooftop | How to watch the most talked about 2020 Emmy-nominated shows | Gabi in Philadelphia serving $2 cocktails

Many breweries are still churning out light beers with low calories and alcohol content. The latest to do so is Philadelphia's Yards Brewing Co., which announced Wednesday that a new beer is joining its lineup.

Introducing our Featherweight Citrus Hazy Pale Ale. With only 105 calories, it’s pound for pound the best in any weight-class. Pick up a 6-pack today. #drinklikeachamp pic.twitter.com/nC0UxAsiee

The brewery had teased the news on its social media earlier in the week, claiming it had "a new contender about to step in the ring." The wording led some beer drinkers to think Yards was planning to release a new version of its popular brew Brawler.

Instead, the brewery has come up with a whole new concept that also borrows its name from boxing lingo.

The Featherweight Citrus Hazy Pale Ale is 3.7% ABV and a total of 105 calories. It's available at the brewery at 500 Spring Garden St. and wherever else Yards is sold.

Other recently-released beers from Yards include Big Hayes-y, a double IPA, and Philthy, an unfiltered IPA.