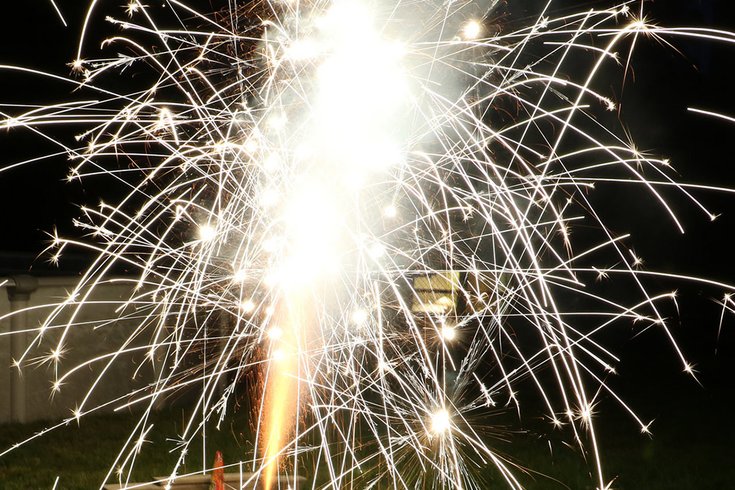 Partygoers screamed and scrambled to safety on Sunday night when a gender reveal fireworks display in the Philadelphia area went wrong.

In a NewsFlare video posted on the Viral Leak YouTube page, a couple can be seen igniting fireworks on top of what appears to be a shaky clothes rack. (The exact location isn't revealed.)

A couple of bursts light up the sky, but then the fireworks tube apparently falls over, shooting pyrotechnics into the assembled crowd.

On the video, people can be heard and seen screaming and seeking cover.

“My wife was filming with my phone and I immediately grabbed my son and covered his face and ran,” a partygoer told NewsFlare. "A few adults got hit but no serious injuries — just minor burns.”

Check out the video below: