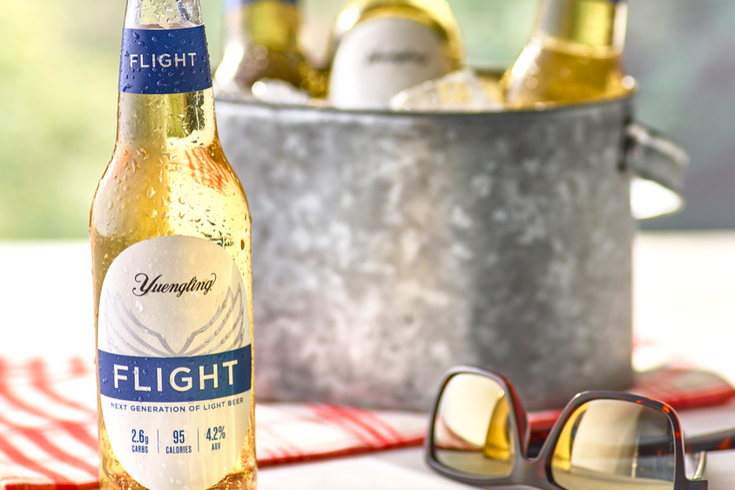 Yuengling's low-calorie, low-carb FLIGHT beer hits shelves in March 2020. The company is hoping to appeal to those who live an active lifestyle.

Yuengling is further expanding its reach into the light beer category with a new beverage aimed at beer drinkers with active lifestyles.

The Pennsylvania-based company, the oldest brewery in the United States, launched its new "upscale" beer named Flight on Tuesday, calling it the next generation of light beer.

“Our family brewing business was built on providing consumers with a high-quality, great tasting drinking experience for social occasions," Yuengling Vice President Jennifer Yuengling said in a statement. "We have spent more than a year perfecting Flight by Yuengling, taking the taste of this light beer to new heights, and can’t wait for our fans and light beer drinkers to try it.”

From a caloric standpoint, Flight falls within an average range for many light beers. Budweiser Select is just 55 calories per serving and Molson Ultra is 70 calories.

Yuengling's existing light lager is 99 calories and 3.8% ABV. The addition of FLIGHT will only expand the company's portfolio, likely at a higher price since it's marketed as an upscale beer.