The brewery will begin selling four-packs on Wednesday 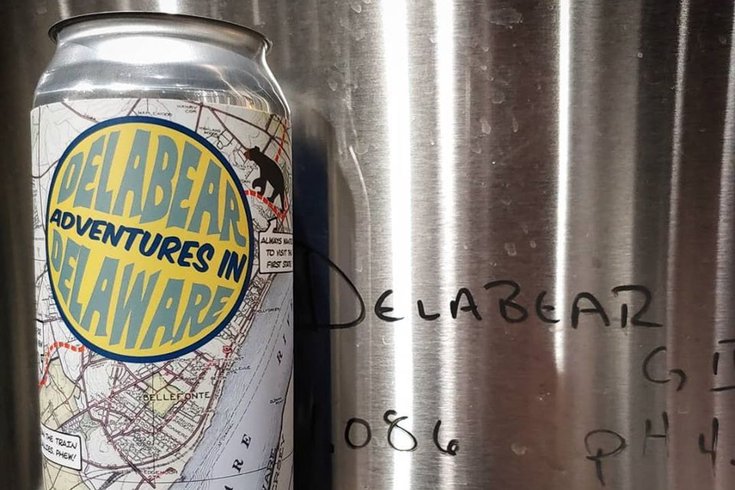 Wilmington Brew Works is releasing an IPA inspired by the Delabare. The artwork on the can highlights the various bear sightings reported throughout Delaware County, Pennsylvania and Wilmington, Delaware late last year.

If you're a beer fan who loved the #Delabear sightings in Delaware County, Pennsylvania and Wilmington, Delaware late last year, you're in luck.

Wilmington Brew Works is releasing "Delabear: Adventures in Delaware," a beer inspired by the beloved bear. Four-packs will be available for purchase on Wednesday for $22.

The beer is a double IPA made with barley, wheat and oats. It's triple-dry hopped and fermented with a farmhouse yeast that the brewery says is "sure to lure any bear out of the woods and into your backyard."

The artwork on the can appears to follow the bear's journey through Pennsylvania and Delaware. But given the amount of sightings, officials believed there was actually more than one bear.

Multiple bear sightings were reported across Delaware County in late November and early December. By the time a bear was spotted twice in Wilmington – along I-95 and in the city's Trolley Square neighborhood – it had become a social media sensation.

If you can't wait until Wednesday to get your hands on this bear, the Wilmington Brew Works Taproom, located at 3129 Miller Road in Wilmington, is hosting a special tasting on Tuesday. The event, "Flights of Discovery: The Ugly Side of Valentine's," will give people an opportunity to sample the bear-friendly IPA and two other newcomers – Gravitational Confections and Harmon Oscillation. It costs $25.