'He had zero explanation,' said the police chief. 'I mean, the ocean is on one side, there are railings on both sides' 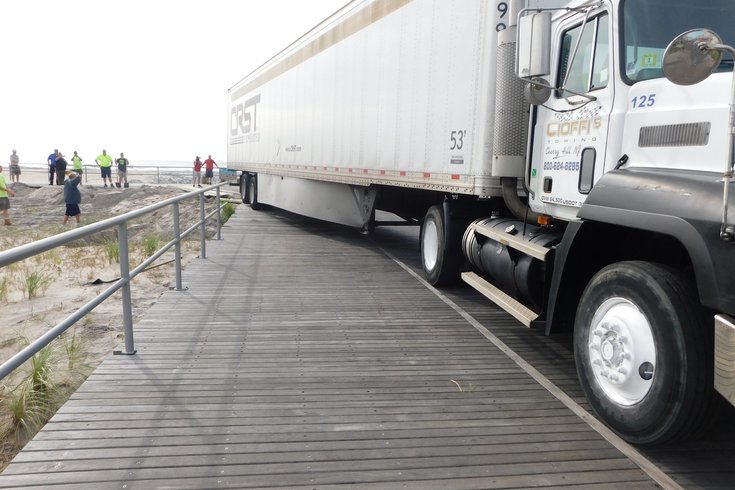 An 18,000 pound tractor-trailer drove 2.7 miles down the boardwalks in Atlantic City and Ventnor Wednesday, unable to turn off on the narrow ramps. It got on at Albany Avenue, which is wider because that's where Atlantic City starts most parades.

After getting on the Atlantic City boardwalk at Albany Avenue in the dark of early Wednesday, a tractor-trailer driver proceeded nearly three miles before coming to a stop at Fredericksburg Avenue in Ventnor, unable to turn off the narrow wooden way.

"He was in for a penny, in for a pound," Police Chief Douglas H. Biagi told PhillyVoice shortly after public works employees and a tow truck made it possible to get the rig off the boardwalk at Washington Avenue.

The chief said one of his patrol officers saw the truck stopped on the planks at 5:30 a.m., flashers on.

The officer though it might be a delivery for the Army Corps of Engineers dune-building project in the same area.

But the patrolman went up to check and soon learned the driver had covered 2.7 Boardwalk miles in his 18,000 pound vehicle.

"He had zero explanation. I mean, the ocean is on one side, there are railings on both sides. There's no mistaking you are on the boardwalk," said the chief. 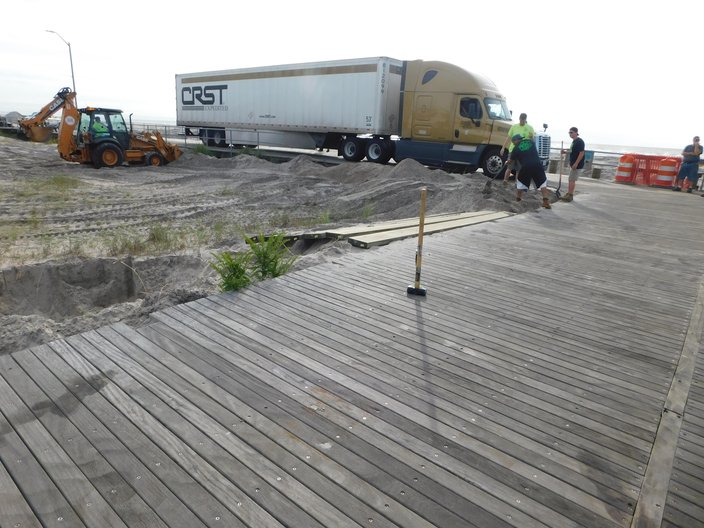 Ventnor workers had to remove railings and build a sandy berm to widen the path enough to get the trailer off the boardwalk.

Biagi said the driver, who was not identified, will be charged with several local ordinance violations, but not any driving tickets, since he was not on an official  highway.

The chief also said the driver and the trucking company will also be held liable for the manpower expenses required to create a wide enough ramp to get the rig back on the streets, as well as any damage to the wooden structure.

Biagi said while the wood surface of the boardwalk appeared in good shape, a structural engineer will need to examine the supports underneath.

He had no cost estimates. 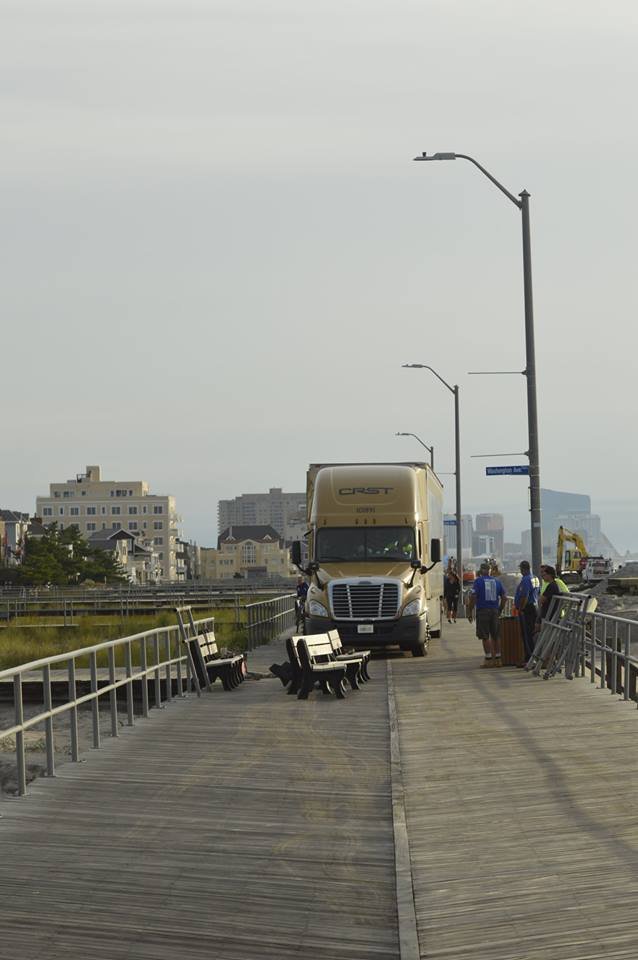 Ventnor workers had to remove rails and benches to so the tractor-trailer could get off the boardwalk.

The chief said Ventnor employees spent nearly four hours removing railings and benches to widen ramp opening, but even that was not enough for both parts of the rig to make the turn.

And sandy berm was built to fill in the corner of the turn, explained Biagi. But the cab still could not make the turn with trailer attached.

The cab was unfastened and driven off and a heavy-duty tow truck carefully maneuvered the trailer down the ramp and onto the street, explained the chief.