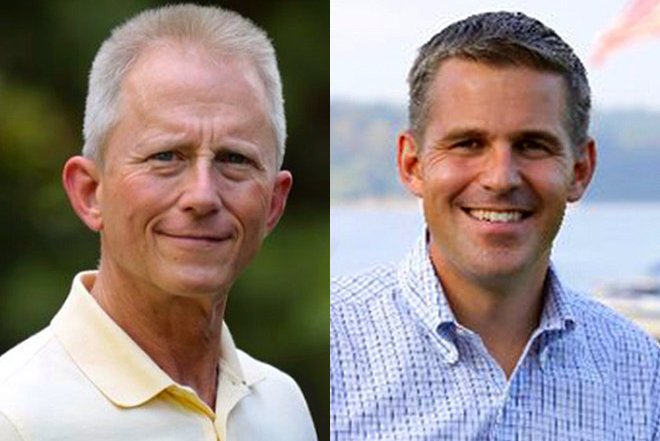 With Democrats looking to contest at least four Republican-held congressional seats in the November mid-term elections, New Jersey could play a significant role in the effort to flip a total of 23 GOP seats to seize control of the U.S. House.

Here's how the local congressional races for November are set up after Tuesday's primary.  The tallies are unofficial.

With 96.4 percent of precincts reporting, Norcross had 83.8 percent of the vote to 9.9 percent and 6.3 percent for Carlson and Tomaszewski, respectively.

In the general election on November 6, Norcross will face Republican Paul Dilks, a reverse mortgage specialist, who was unopposed in the primary.

In the 3rd Congressional District, which includes 52 municipalities in Burlington and Ocean counties, Republican incumbent Tom MacArthur of Toms River had no opposition in the primary. Neither did the Democratic nominee, Andy Kim, a national security expert who was a strategic adviser in the war in Afghanistan. They will face off in the general election.

With 99.8 percent of the precincts reporting, Welle, a veteran of the U.S. Navy and businessman, collected 57.2 percent of the vote to 42.8 percent for Jim Keady, a former Asbury Park councilman.

Smith was unopposed in the primary, but could face an anti-Trump wave in the general election as Democrats hope to flip the seat.

Menendez turned back a primary challenge from Lisa McCormick, a mother and small business owner, winning 61.9 percent of the vote to her 38.1 percent, with 93.1 percent of the precincts reporting.

On the Republican side of the ballot, former drugmaker CEO Hugin defeated construction company executive Brian Goldberg, 75.4 percent to 24.6 percent.

Menendez is seeking election to his third term after his federal corruption trial ended in a hung jury and mistrial in November. Federal prosecutors decided not to retry him.