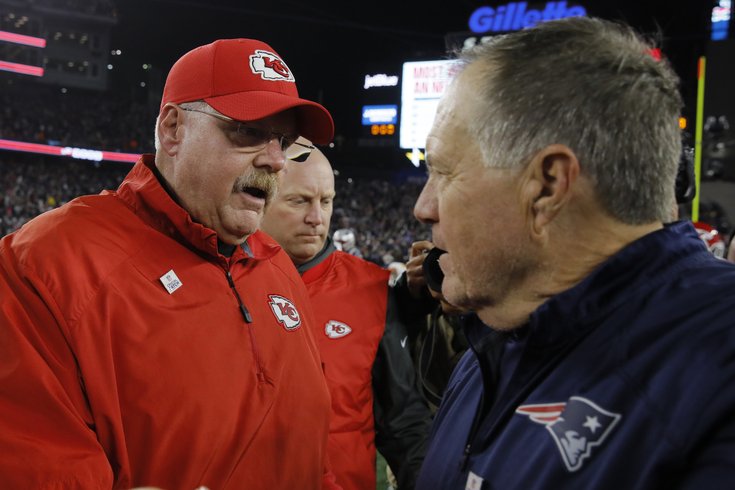 Which NFL head coach would you pick to start a franchise with?

As a sportswriter, when there isn't really anything newsworthy to write about, there is one undeniably successful way to break out of the "there is nothing to write about" blues:

In sports, there is never a shortage of things to rank. Our Eagles writer Jimmy Kempski ranks everything from the food in the press box to the reporters in the interview room.

Today, with the NFL in a dormant period (or as close to one as the league has), we thought it might be the perfect time to throw together a ranking of the NFL's current crop of 32 head coaches.

As power rankings tend to do, we are pinpointing which coach has the highest stock right now. So while Super Bowl winning coaches like Mike McCarthy (newly signed to coach Dallas) may technically have a better track record over his entire career than say, his replacement in Green Bay Mike LaFleur, after the Packers' success in 2019, his power ranking is higher.

So without further ado, and mindful that most of you will disagree with the placement of nearly every name on this list, here's PhillyVoice's NFL head coach power rankings for 2020:

The Pats' early exit and the potential departure of Tom Brady are not enough to unseat a six-time Super Bowl and 17-time AFC East winning coach from the top of the rankings. He's the greatest coach of all time, and if I'm starting a franchise and can pick any of these men, he's the top choice.

Reid got the monkey off his back by winning his first Super Bowl and shedding the label of winningest active coach not to do so. His offensive schemes with the Chiefs have been impressive, and he's shown his bad decision-making and time management issues are in the past. He also has a head coaching tree that is the most impressive in the NFL (certainly better than Belichick's).

Harbaugh was able to mold an entire offense around wide receiver Lamar Jackson. Jackson is now an MVP quarterback on an offense that has revitalized the run game in the NFL. He'll win a second Super Bowl sometime soon.

It's been a while since Payton has won a championship, but he continually has the Saints playing as a top contender in the NFC and showed some versatility in overcoming Drew Brees' injury to remain in contention last year.

Pederson led the Eagles to a Super Bowl title in 2017 and to a wild card appearance in 2018, but his best coaching performance may have been this past season, when he coached a group of practice squad players to four-straight wins and an NFC East title. Just once, it'd be nice to see what he could do with a healthy squad.

Carroll has been a model of consistency with his roster changing all around him, boasting eight playoff berths in Seattle.

Tomlin's 141 career wins are fourth only to Belichick, Reid and Carroll (among active coaches). He almost overcame losing pretty much every player from his last playoff run to do it again before falling short at the end of the season.

Vrabel beat Belichick's Patriots and then beat the Ravens in playoff upsets this past postseason — and did so after making a change at quarterback in the middle of the season. That's impressive enough to leap up to the top 10, even without a Super Bowl appearance.

Oh, Kyle Shanahan. Jimmy Kempski was a proponent of his being punished for his Super Bowl coaching job (both in San Francisco and in Atlanta) and it's because of that that he falls to ninth despite being, technically, the second best coach in 2019. Will he learn from his past mistakes or keep making them?

McVay was the wunderkind of the NFL just one offseason ago, but now, after being embarrassed two Super Bowl's ago and missing the playoffs in 2019, he hovers just inside the top 10.

The Bills' roster does not look like a playoff one on paper. But it was in 2019, thanks to McDermott. He's underrated, especially vying with the AFC East juggernaut in New England. But if the Pats finally drop off next year, the Bills could fill the void.

LaFleur overcame some big injuries to lead the Packers to the playoffs in 2019. He is just 40, and ambitious. His best is still in front of him. 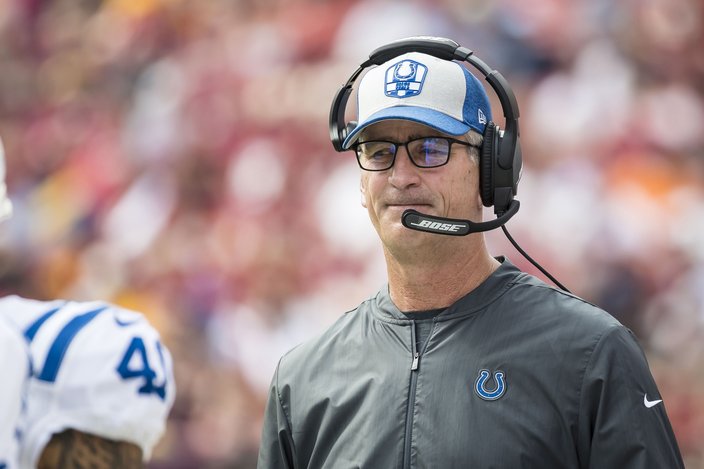 Many forget that Reich led the Colts to wins in nine of their last 10 games to make the postseason in 2018. He nearly made a second improbable playoff run after the shocking retirement of Andrew Luck last offseason.

Zimmer has underachieved with a really talented roster in Minnesota. He has had every opportunity to be higher on this list but, man, if you can't make it happen with Adam Thielen, Stefon Diggs and Dalvin Cook, when can you?

As a head coach, he has won two NFL Coach of the Year awards (2012, 2014). As an assistant he has won two Super Bowls. He's a unique voice in the coaching world and dare I say, underrated in the NFL?

What have you done for me lately?

McCarthy led Green Bay to the playoffs every year from 2009-2016. His last two seasons with the Packers saw him go 11-16-1 and get fired. Will he find success with Jerry Jones breathing down his neck in Dallas?

He's won a Super Bowl, but he's been average since returning from an ESPN hiatus. Knock on wood if you're with me.

Are the Texans and stud QB DeShaun Watson succeeding in spite of O'Brien? We won't get to find out in 2020, as the coach who blew three-touchdown lead to the Chiefs in the AFC Divisional Round will return to Houston.

Rivera will get a new opportunity in Washington. He's a great coach, and has won Coach of the Year honors in Carolina. But it will be very tough for him in his new gig.

Quinn salvaged his job somehow with a second straight 7-9 season in Atlanta. He blew a 28-3 lead in the Super Bowl, and that definitely factors into why he's 20th on our list.

We'll let Jimmy take this one:

"Not only was their roster straight garbage but they had a ton of injuries too. That [5 wins] was way more games than that roster should have won."

Patricia has three Super Bowl rings as a top assistant in New England and even beat his former team in 2018. Give him something to work with.

We are in the land of the mediocre now. Marrone is 24-29 with one playoff berth in 2017 (and a missed chance to unseat the Patriots).

I guess he is a good coach? He was the Coach of the Year as a rookie head coach in 2018 and saw his Bears lose in the first round to the Eagles on a double doink. In Year 2, he went 8-8.

He's another guy who has underachieved with a talented roster. Lynn has one playoff berth and no playoff wins in three seasons.

Gase had a lot of crap to deal with in New York and still finished respectably at 7-9. He has a playoff berth on his resume in Miami, but has never really done anything despite ample hype throughout his career.

Fangio probably had enough talent to get the Broncos into the playoff mix but a middling 7-9 record has him toward the bottom of this year's ranks. 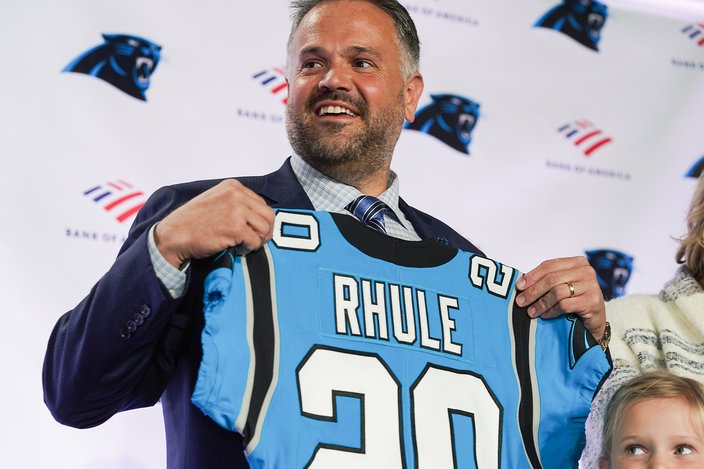 The new (or new-ish) guys

Rhule led Temple University to perhaps its best season ever before nearly leading Baylor to the College Football Playoff. He's the hottest name on the new hire list, and isn't inheriting a complete train wreck in Carolina.

With a shiny new toy in Kyler Murray under center in Arizona, he'll be expected to show a big improvement quickly.

It's rare in today's NFL that a coach returns after a 2-14 record, but with the first pick in the 2020 draft coming to Cincinnati, Taylor can improve his ranking by showing improvement next year.

Did Stefanski deserve to get the gig in Cleveland after being, well, an average coordinator on a Vikings team that didn't accomplish very much?

Judge was an okay special teams coordinator in New England and is the very living embodiment of coach speak.