The awards show is set for Sept. 12 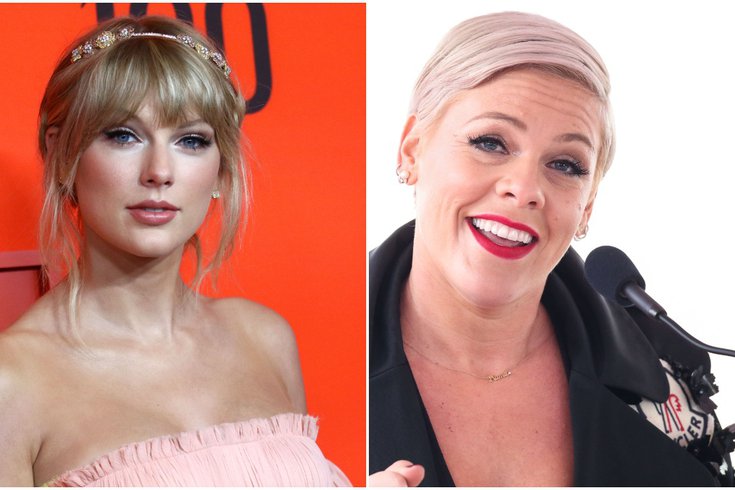 Combined, Taylor Swift and Pink have won a total of 18 MTV Video Music Awards during their respective careers. This year, Swift received four nominations, including for artist of the year.

Taylor Swift and Pink could be adding more hardware to their shelves in the near future, as both musicians are among the nominees for the 2021 MTV Video Music Awards this year.

Swift released the music video for "Willow" last December alongside the debut of her ninth studio album, "Evermore." "Willow" was the Berks County native's seventh No. 1 song in the U.S. and third hit to debut at No. 1 on the Billboard charts.

Swift has won 11 VMAs in her career. The singer-songwriter's most recent win came at last year's show when her music video for "The Man" won best direction.

Pink's "All I Know So Far" was released in May alongside the debut of her live album and its title track bearing the same name.

A new documentary titled "Pink: All I Know So Far" debuted on Amazon Prime Video in May, as well. The documentary followed the Doylestown, Bucks County native behind the scenes on her Beautiful Trauma World Tour and showed how she balances life on the road as a performer, mom and wife. Her tour consisted of 156 shows in 18 countries during 2018 and 2019.

Pink has won seven VMAs in her career, with her most-recent win coming in 2017 when she was given the Michael Jackson Video Vanguard Award.

The most nominations this year belong to Justin Bieber with seven. The 2021 MTV VMAs is set for Sept. 12 at the Barclays Center in Brooklyn, where the best music videos of the year will be honored.

Fans can now vote on MTV's website for who they want to see win at next month's ceremony.

Below is a full list of the 2021 MTV VMA nominees.

Video of the Year

Artist of the Year

Push Performance of the Year