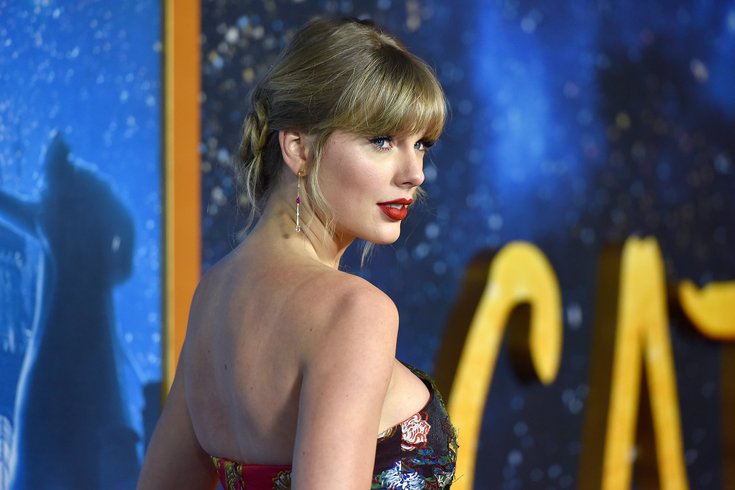 The former Bucks county resident released a second surprise album, "evermore," just five months after her last release in July that has already earned her praise and rave reviews from critics.

"To try and put it more poetically, it feels like we were standing on the edge of the folklorian woods and had a choice: to turn and go back or to travel further into the forest of this music," Swift tweeted. "We chose to wander deeper in."

Spotify charts show all 15 songs from "evermore" are in its United States Top 50 trending songs — nearly taking up all spots in the top 20. She earned spots on Apple Music's charts for all 15 songs as well.

The singer's ninth studio album has 15 songs and was described as a sister album to "folklore."

"If 'Folklore' is an introspective older sister, 'Evermore' is the freewheeling younger sibling," NME said. "The new album reaps the reward the stylistic leap of faith that 'Folklore' represented, pushing the boundaries of that sonic palate still."

The singer announced the release of "evermore" on Twitter Thursday to celebrate her 31st birthday, which is Dec. 13.

"I've never done this before. In the past I've always treated albums as one-off eras and moved onto planning the next one after an album was released," Swift tweeted. "There was something different with folklore. In making it, I felt less like I was departing and more like I was returning."

While the release of "evermore" was surprise enough, the singer is notorious for filling her social media and albums with easter eggs for her fans to decipher — and this album was no different. The L.A. Times broke down the top easter eggs hidden within '"evermore," that speculate Swift could be releasing a third album next spring.

Swift announced "evermore" on Dec. 10, which fans say was a nod to Emily Dickinson. One of the poet's works, "One Sister Have I in Our House," ends in "forevermore" which fans say is not coincidental.

Other theories speculate parallels between songs on both albums, such as "invisible string" and "willow" sharing the same tone and melody and "betty" and "dorothea" potentially telling two sides of the same story.

The most alarming fan theory, however, is that Swift might be coming out with a third album titled "woodvale." Fans noticed the words "evermore" and "woodvale" were hidden in the "folklore" photoshoot.

Despite those theories, Swift said on Twitter that she has no idea what will come next,

"I have no idea about a lot of things these days and so I've clung to the one thing that keeps me connected to you all. The thing that always will be music. And may it continue, evermore," Swift said.

She said she loved the escapism, dreamscapes and tragedies she could explore within the "folklore" universe, so she kept writing them and created the "evermore" album.


The album holds the same indie melodies as its predecessor, while taking on a "uniquely wintry aesthetic," CNN reported.

Among the songs in the album, Swift creates a musical biography of her grandmother "marjorie." She also sways back to her country roots in songs "cowboy like me" — a realm that she hasn't visited in her more recent albums.

She also brings in singers Este and Danielle Haim for the song "no body no crime," that chronicles a woman who is cheated on by her husband, which Swift said was inspired by her love of true crime podcasts, Vulture reported.

She continued her collaboration with Bon Iver, who was featured in "folklore" song "exile," as well as songwriters Aaron Dessner and Jack Antonoff, who put out "folklore" with Swift earlier this year.

Mystery contributor "William Bowery" was credited on "evermore" songs too, though it was revealed Bowery is Swift's boyfriend, Joe Alwyn.

"What is most compelling about Swift, commenters have started to agree, is how much she works, and how seriously she takes that work," Vox reported.

"It’s a refreshing change of pace: Swift’s usual approach to dabbling in new genres or sounds is to go balls-to-the-wall, but on Evermore, she’s just as good at curating these more detailed production flourishes, all with the same contouring and meticulousness as she does with her best lyrics," the Rollingstone said.