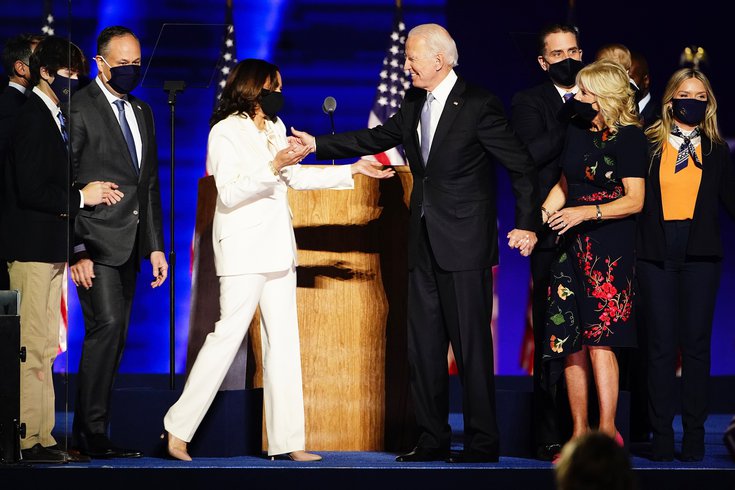 "For changing the American story, for showing that the forces of empathy are greater than the furies of division, for sharing a vision of healing in a grieving world, Joe Biden and Kamala Harris are Time's 2020 Person of the Year," Time editor-in-chief Edward Felsenthal wrote about the selection.

Time has selected a Person of the Year each year for almost a century. The title is reserved for the person, group or movement that the news magazine's editors feel had the most influence during the past year. In 2019, climate activist Greta Thunberg was named Person of the Year at just 16 years old, and Trump was awarded the title after winning the 2016 election.

Felsenthal called 2020 a year "marked by multiple crises, all at once, all over the world: A once-in-a-century plague. Brutal racial injustice. Glaring inequality. Apocalyptic wildfires. Democracy under fire."

"If Donald Trump was a force for disruption and division over the past four years, Biden and Harris show where the nation is heading: a blend of ethnicities, lived experiences and world views that must find a way forward together if the American experiment is to survive," Felsenthal wrote.

Biden is the oldest person Time has honored. While presidents are often selected, this is the first time the magazine has included the vice president, too.

The 2020 Time Person of the Year was announced in a special prime time broadcast on NBC, the first time Time has partnered with the network, CNN reported. The hour-long special was full of celebrity appearances, and Bruce Springsteen announced Biden and Harris as the 2020 honorees.

Among the other people recognized, Businessperson of the Year went to Zoom CEO Eric Yuan. The video streaming service became an essential tool for those working and learning from home amid the pandemic, as well as a means for the family and friends to connect virtually.

Earlier this week, Time announced its first-ever Kid of the Year: Gitanjali Rao.