Nonprofits are tax-exempt for a reason — to do good in their local communities, to increase the quality of life and to ensure that no one is left behind. Tax reform matters — even to tax-exempt organizations.

Thursday, November 16, the U.S. House passed the Tax Cuts and Jobs Act. However, its passage through the Senate is bumpy at best, providing opportunities for additional voices to be heard. Already, arguments have erupted in the Senate Finance Committee, alternative bills are being drafted, and debate is scheduled on the Senate floor next Monday, November 27. 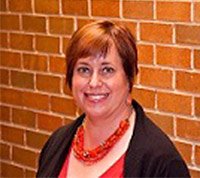 Three things you need to know about how these tax bills will impact nonprofits:

By doubling the standard deduction, the House and Senate tax reform bills are expected to reduce the number of individuals who will be eligible to itemize their charitable deductions from 31 percent to 5 percent of all Americans.

Ninety-five percent of Americans will have no tax incentives to make charitable contributions, reducing charitable giving by an estimated $13 billion annually. This giving incentive is not just used by the wealthy; Pennsylvania residents across all income levels dig into their own pockets to help their neighbors. Of the 1.4 million Pennsylvania tax filers who claimed itemized charitable contributions in 2014, 256,500 were filers with an adjusted gross income of less than $50,000.

Nonprofit organizations use private charitable contributions to provide essential services. These services include food, education, healthcare, job training, affordable housing, services for children and seniors, and assistance for victims of domestic violence. Any decline in charitable giving will result in declining services to your community.

In contrast, a universal tax deduction would allow all Americans, not just those who itemize, to eliminate the tax on the dollars they choose to give to charity.

The Senate Bill repeals the individual insurance mandate included in the Affordable Care Act, leaving 13 million people without healthcare coverage, according to the Congressional Budget Office. This decision would lead to a decreased quality of life for those most vulnerable and dramatically increase the number of people turning to the nonprofits that depend on charitable contributions to provide services.

3. Repeal of the Johnson Amendment

The Johnson Amendment prohibits nonprofits from endorsing specific political candidates—allowing people from every political persuasion to rally around charitable causes in a nonpartisan environment. The House Bill takes away this prohibition, opening the door to candidate endorsement, tax-exempt political donations and the erosion of public trust in charitable organizations. While proponents of repeal tout freedom of speech, nonprofits already have the freedom to lobby about their causes and issues; individuals working for these institutions can endorse candidate on their personal time. Nonpartisanship is a cornerstone principle that has strengthened the public’s trust in the charitable community.

If you care about the work of doing good in Pennsylvania, now is not the time to remain silent. Support the nonprofits you love by joining the Pennsylvania Association of Nonprofit Organizations and the National Council of Nonprofits by contacting your senator to:

1. Support a universal charitable tax deduction to ensure that individuals at all income levels would be exempt from paying taxes on the dollars they choose to give to charity.

2. Oppose the repeal of the Affordable Care Act's individual mandate to ensure healthcare coverage for all Americans.

3. Oppose the repeal of the Johnson Amendment. Nonprofits, churches and foundations can best operate with the greatest integrity in a neutral environment.

Anne Gingerich is executive director of the Pennsylvania Association of Nonprofit Organizations in Harrisburg.