From The King to The Boss, local musicians keep the tunes coming 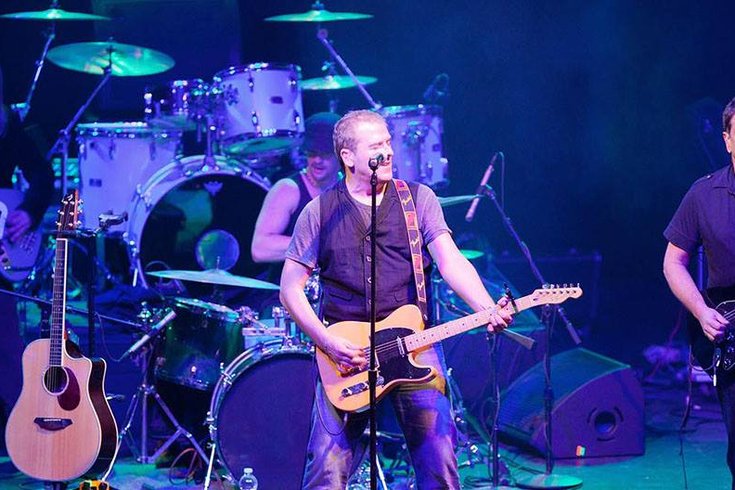 The BSTREETBAND, a tribute to The Boss, performs live.

There are fans, and then there are fans. Cover and tribute bands take the notion of fandom to the next level, using their own musical talents to pay homage to their favorite performers. When done well, these acts generate legions of fans of their own, becoming more than just "the second best thing."

While tribute bands mimic the style of an artist's performance, cover bands put their own spin on an artist's tunes. But whether they're recreating a specific look and sound or generating an artist's intangible vibe and presence, both types of performers use their love of music to bring people together.

The local bands and musicians below may all play different music, but they have one thing in common: they are the ultimate fans.

On May 19, 1980, Backstreets performed a tribute to "The Boss" Bruce Springsteen in -- where else -- Asbury Park, New Jersey. Thirty-five years later they're now known as The B-Street Band, a play on Springsteen's backing group E Street Band.

The Boss's friend Jon Stewart even told Rolling Stone in 2012, "The only band I think I've seen more than Bruce Springsteen is the Springsteen tribute band Backstreets."

B-Street plays everywhere from weddings to political events (Republican and Democrat) to funerals and they've played in Mexico, Canada and all up and down the East Coast. After over three decades in the business, Willie Forte, Glenn Stuart and the four Steves -- Baranian, Pozzelanti, Myers and Lopresto -- have a multigenerational fan base. Stuart, who sings lead vocals, plays guitar and looks more than a little bit like Springsteen, even said a couple who met at one of their shows now brings their children along.

Stuart, who has been with B-Street for only 25 years, has yet to meet the Boss himself, but if it ever happens he'll be at a loss for words.

"I don’t know what I would say to him if I did meet him other than thank you for not suing us." 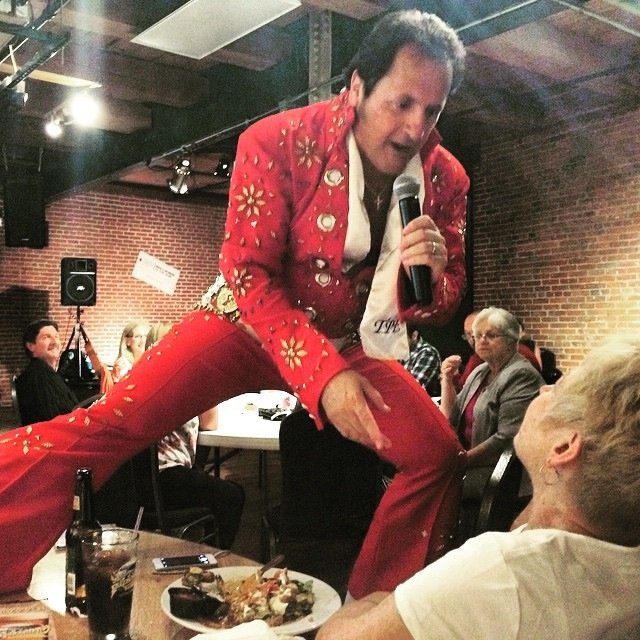 Springsteen has influenced more than one local tribute musician. Though he had been performing as Elvis Presley and other acts in various bands for nearly two decades, Nick Ferraro's career as "Philly Elvis" took off in October 2009 after The Boss gave him the title at a local show. Now he plays The King all over the world. But his career as the hip-swinging crooner almost never happened.

In the mid-80s, on little more than a whim, Ferraro formed a band with a few friends to enter a contest at Brownie's Pub in Upper Darby. Armed with an Elvis suit and the title The King and Company, the band progressed through the contest and ended up winning the big prize -- $500.

"If we would’ve bombed that first night then I guess I would’ve hung up my blue suede shoes," Ferraro said. 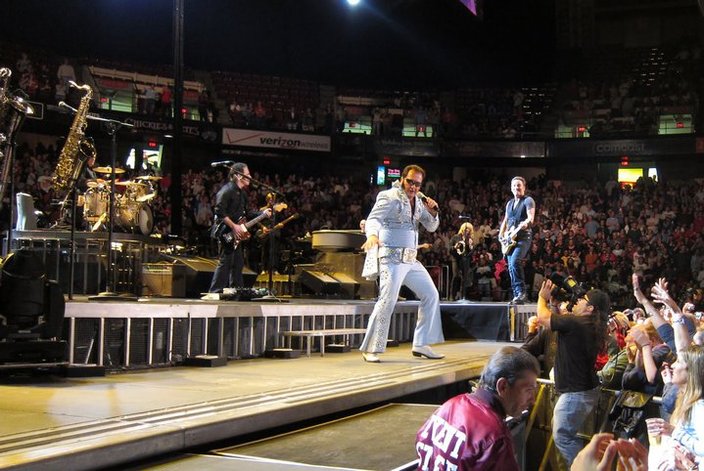 The group continued gigging around playing top 40 hits before Ferraro joined The Fabulous Heartbreak Band. With Ferraro playing Elvis and another member playing Patsy Cline, the group took off, opening for legends like The Platters, The Drifters, The Marvelettes and Bobby Rydell. Today he mainly performs as Elvis (in a perfect replica Las Vegas-era rhinestone suit, no less) and plays with FHB on the side.

"I remember especially Sunday mornings my mom would make gravy after church. I used to wake up to the smell of gravy and she’d be playing Elvis gospel music. I think that’s what really got me going." 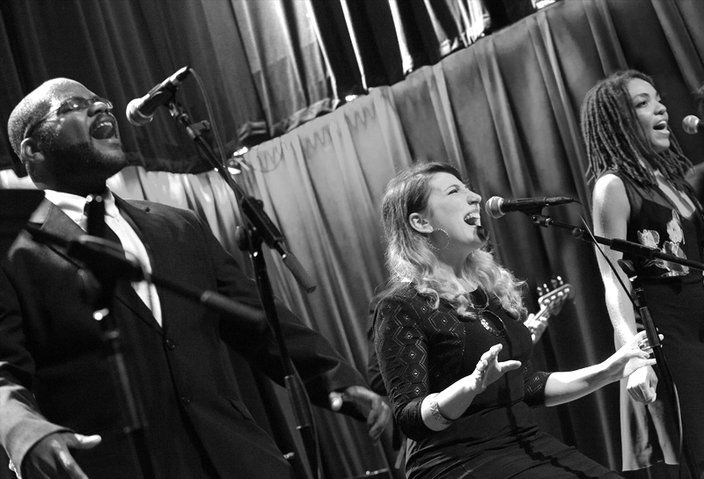 Steve Binnig used to pass Anthony Riley, the late singer known for his soulful crooning, every day in the subway. One day he thought, "How terrific would it be if this guy had a band around him?" And so, Binnig gathered a few musicians together and got Riley to join them. Though the partnership with Riley didn't pan out, The York Street Hustle, a 10-piece tribute to 1960s soul, was born.

In the four years since they got together the band has become one of the most in-demand event acts in the region. But they aren't just a "wedding band." In fact, Binnig said elevating the genre from its hokey sing-along status is part of the band's mission.

"We’ve all been to weddings where we’ve heard people play that genre of music and really just not do it any justice, " he said. "We don’t just do the songs that everyone knows, but we do a ton of deep cuts and b-sides and rarities to sort of introduce people to the genre."

That means they play everyone from The Four Tops and Aretha Franklin to more obscure artists like Arthur Conley and Betty Everett. Their 70-plus song list almost completely originates from the decade, with maybe a stray song coming from 1959 or 1972. Other than that, they are strictly sixties.

"We try to be as faithful to the sound of the recordings as possible," Binnig said. "That means no synthesized horns. It is as gritty and real as that old music can be.

While now they're a hit on the events circuit, they play public shows every few months. This December they'll play their fifth annual Holiday Spectacular, full of Christmastime Motown classics, at World Cafe Live. 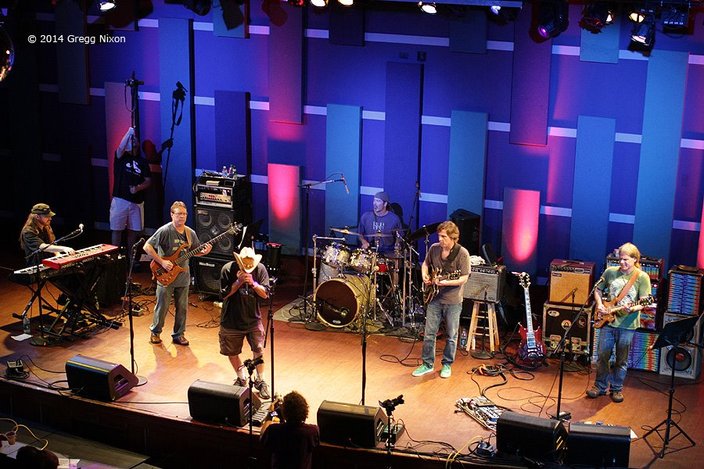 Covering the works of a jam band like Grateful Dead, known for their extreme improvisation and musicianship, might seem impossible. Even still, plenty of bands use their skills to recreate the Deadhead atmosphere. Box Of Rain is a supergroup of these acts, including former members of Dark Star Orchestra, Splintered Sunlight and Living Earth.

This was also the era of Ron "Pig Pen" McKernan, one of the band's founders and a legendary blues vocalist. Unlike many other Dead cover groups, Box Of Rain specifically has a Pig Pen vocalist in bass player Jerry Marks.

The whole band was deeply influenced by the Dead growing up but individually each musician has a range of influences. With Grateful Dead's blending of musical styles, Box Of Rain's diverse interests are a boon to their performances.

"By nature, the level of musicianship in the Grateful Dead was very high and they played free form and improvised to a great degree. It's difficult to do that," Stirner said. "Fortunately we've all been around and have studied not only this music but other mediums like jazz, so it empowers us to pull that off."

Considering how much the Dead's music varies by recording, let alone by live performance, recreating their sound can be laborious and Box Of Rain tries to get it just right.

"We really, really do study this stuff; It’s not haphazard. We love it. We really love the music. It doesn’t feel like work," Stirner said. 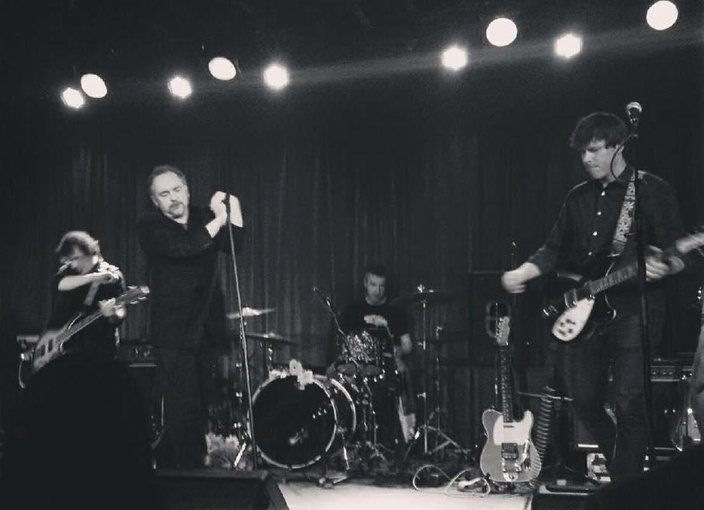 For younger generations looking for the same nostalgia that tributes to older acts offer, a slew of '80s-inspired are quickly cropping up. Take Lower Wolves, an R.E.M. cover band that formed a year ago. R.E.M. themselves only formed in 1980 (the same year B-Street Band got together) and reached international fame with 1991 album "Out of Time."

Lower Wolves, however, focuses on the band's very early years, specifically its first four albums and first EP. That's because during these years, from 1980 to 1987, R.E.M. was a staple of college radio, where members Jim Becker, Pat Wescott, Patrick Crowling and Steve Kirsch discovered their sound. In other words, audience members looking for the R.E.M.'s mainstream hits are barking up the wrong tree.

And while Lower Wolves does keep R.E.M.'s sound in tact, they aren't trying to mimic the band members.

"We don’t look like the guys in R.E.M. We do them pretty faithfully to the originals but if we lean to any changes it is to amp them up a little bit. Their earlier stuff was way more loud," Kirsch said.

Recently, Lower Wolves has been pairing up with cover bands of another '80s staple: The Smiths. They've performed shows with tributes The Sons & Heirs and Girlfriend In A Coma.