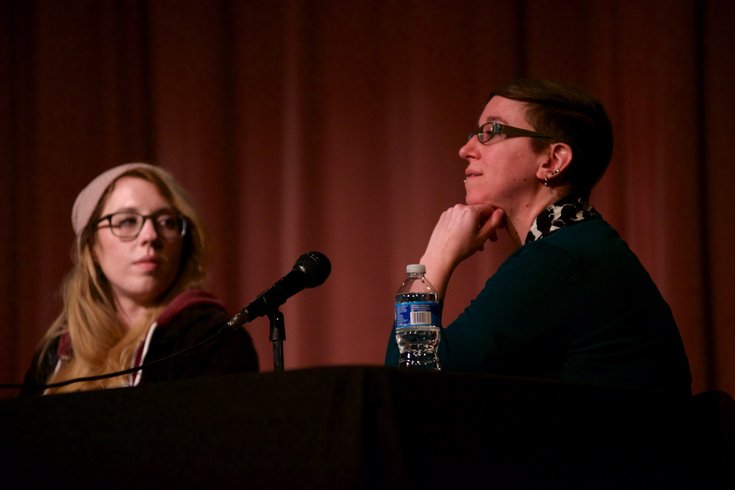 What kind of background do you need to have a career as a video game artist?

How does working for a big AAA studio differ from a small indie one?

And is it possible to make video games and still have fun playing them?

To find out the answers to these questions and more, 50-odd young women (and a handful of young men) sharing an ambition to work in the video game industry gathered together at Moore College of Art & Design for "Game Changers: Women Making Games." Now in its third year, Thursday's event featured a panel of women game artists who spoke about what it's really like to make a living through video games. You can view the panel discussion in full here.

Moore, the first and only visual arts college for women in the United States, geared the event toward students in its Animation & Game Arts program – a major tailored to women aiming for careers as visual artists in the traditionally male-dominated fields of animation, game art, and mobile media design.

Here are five takeaways on working in the video game industry as a woman from the event:

HAVE A PASSION FOR MAKING GAMES

Working as a video game artist can mean you won't have enough time to actually play games. When asked about whether working in the video game industry had lessened their passion for playing games, the panel lamented not having enough spare time to do so. As with many other creative endeavors, making video games as a job means long hours. “I always like to say there's a difference between having a passion for playing games and having a passion for making games,” said Carrier. “Once you start making games, your passion needs to be about making games.” Otherwise, burnout can happen quickly, she warned. But on the upside, the rare moments when you do have time to enjoy a game feels all the more sweet.

As a woman in the industry, you might experience some form of sexual harassment on the job. Sometimes it can be overt and crude, such as when a guy asked Webster whether she wanted to “see his trouser snake.” But other instances may not be as obvious. For instance, Renfroe questioned whether she was made part of a film project only because the producer was attracted to her. Making your intentions clear at the office — that you're there to work and not date — often helps clear the air in a male-dominated environment. “If you can, try to straighten that out first because you don't want to have any of that weirdness,” Webster said. 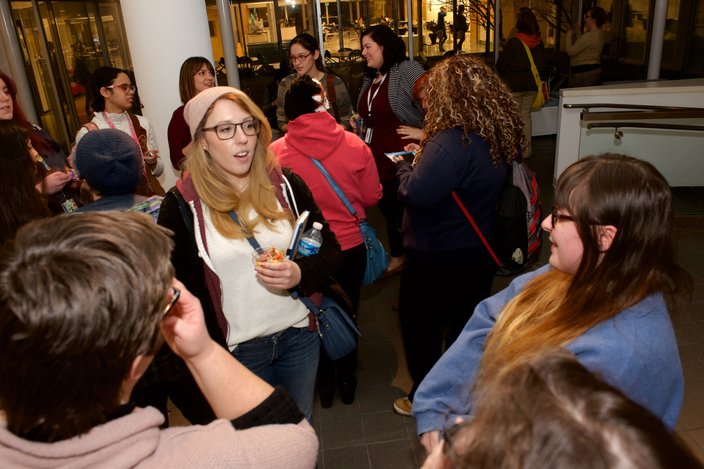 Deciding to work for a big AAA studio versus a small indie developer is a matter of personal preference. The two are certainly very different, each with their own pros and cons. For example, an indie developer will expect you to be more of a jack-of-all-trades due to a lack of staff and budget. If you're the only artist on the team, you could be expected to do character design, illustration, and environment design. Whereas at a AAA studio, everyone tends to have their niche that they specialize in. Also, there's the issue of money – indie game developers have complete control over game design, but may have to work other jobs in order to make ends meet.

Passion for gaming doesn't die as a result of working in the industry. Seeing how the sausage gets made, so to speak, didn't ruin the fun of video games for the panelists. “You're always going to love playing games,” said Webster. “That's your roots, really, that's what you're in this industry for.” The main difference is that games tend to be looked at with a critical artist's eye. Other people's video games can become fodder for new ideas and creative solutions at work rather than a mindless way to pass the time.