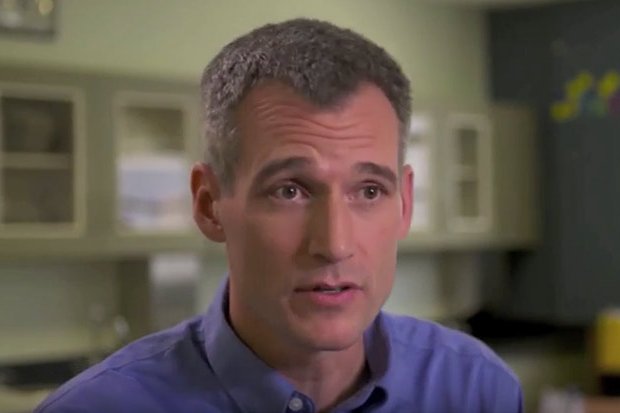 Simon Hauger is a founder and principal of the The Workshop School in West Philadelphia, which challenges students to solve the world’s most pressing problems.

“These award-winning principals represent the best of our best,” said Dr. William R. Hite, superintendent of the School District of Philadelphia, said in a statement. “Their leadership and dedication have shaped them into distinguished school leaders who are very deserving of this honor. We are all grateful for their hard work each day, and we are proud to recognize their successes.”

The award is allocated by the Christian R. and Mary F. Lindback Foundation, and recognizes principals who have made significant leadership and humanitarian contributions to their schools and communities.

The district provided the following background information on the 2017 honorees:

Joanne Beaver has served as principal of CAPA for three years. Under her leadership, attendance has increased while lateness has decreased and academic standards have improved. A lifelong supporter of the arts, she is at home in her school among creative staff and students, who love and respect her.

Simon Hauger has been working in Philadelphia public education for the past 20 years. During that time, his students have won multiple national competitions and were honored by the President at the White House in 2010 and again in 2014. His innovative approach to education is the basis for The Workshop School, which challenges students to solve the world’s most pressing problems, and organizes teaching and learning in service of doing so.

Christopher Johnson became the founding principal of Science Leadership Academy at Beeber in 2012. He began working in education as a substitute teacher, and has since worked as an elementary, middle and high school teacher, regional office director, assistant principal, high school principal in Central Office special assignments, and as deputy of Climate, Culture and Safety.

Guy Lowery was born and raised in Philadelphia, and is a 2000 graduate of Northeast High School. He earned both his bachelor’s and master’s degrees from Temple University. Before serving as principal of Mayfair School, one of the largest schools in Philadelphia, Lowery was a science teacher, special education lead and assistant principal.

Andrew Lukov is a genuine champion of the student, teacher and community. From the first day he walked into Southwark School, his words and actions reflected his intention to create an atmosphere that guides teacher growth, increases student learning and brings the community together. His collaboration with numerous community partners, creation of Southwark’s Two-Way Immersion Bilingual Program and middle school elective lasses, and revamping an emotional support program into a model of inclusion are just a few examples of how his actions are transforming Southwark.

Jeannine Payne has spent the last eight years supporting students and their families in the North Philadelphia area. She graduated from Central High School and returned to the district as an appointed biology teacher at Strawberry Mansion High School, where she worked alongside her father, also a teacher there. Later she served as an assistant principal at Frankford High School and principal at Edward Gideon Elementary School. She is currently the principal of Richard R. Wright Elementary School. Principal Payne believes in the power and opportunity in our public schools and works to support her school community every day.

Dr. Crystle Roye-Gill was educated in the School District of Philadelphia, participated in the District One orchestra each year until 12th grade, and graduated from West Philadelphia High School. She graduated from Millersville University with a B.S. in special education, earned her Master’s of Education in psychological educational processes from Temple University, and her Doctorate of Education in educational leadership from Rowan University. She currently serves as the principal of Thomas Holme Elementary School.