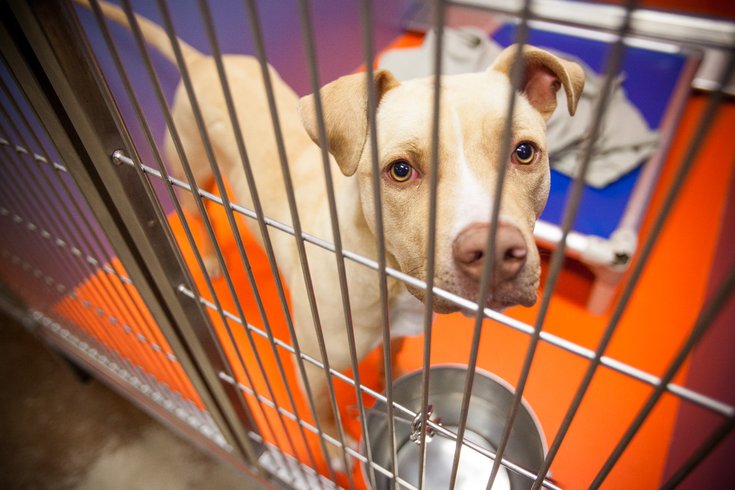 The Animal Care and Control Team accepted 8,670 dogs in 2015. It was unable to find adoption families, rescue partners or foster homes for 2,108 dogs that were euthanized.

Doug Ross does not consider himself a "dog person."

But the Philadelphia accountant could not resist adopting a pit bull mix after he visited The Animal Care and Control Team shelter on Hunting Park Avenue. There, he saw dozens of pent-up dogs waiting to be adopted, transferred or – if all else failed – euthanized.

"It's really upsetting," Ross said. "It's sad and unnecessary, too. I don't think there's a 100 percent cure for this, but this is a problem that we can do something about."

Now Ross is spearheading an awareness campaign designed to encourage pet adoptions and raise $500,000 to replace the shelter's outdated kennels.

ACCT designated 10 dogs, dubbed the ACCTion Pack, to serve as the face of the city's homeless pet population. To launch the campaign, 10 runners will represent each of the dogs during the Broad Street Run by wearing special ACCTion Pack T-shirts. (Full disclosure: PhillyVoice is a media sponsor for the ACCTion Pack Takes on Broad event.)

Each of the 10 dogs initially included in the ACCTion Pack has been adopted. But the larger goal, Ross said, is to increase public awareness of the city's homeless animals and to boost donations to the organization tasked with handling them.

ACCT, a nonprofit contracted by the city to handle animal control operations, reported receiving $5.62 million during the last fiscal year, according to its annual IRS reporting form. That included $3.89 million in city funding, a $1 million grant from the Petco Foundation and $217,540 in other contributions. 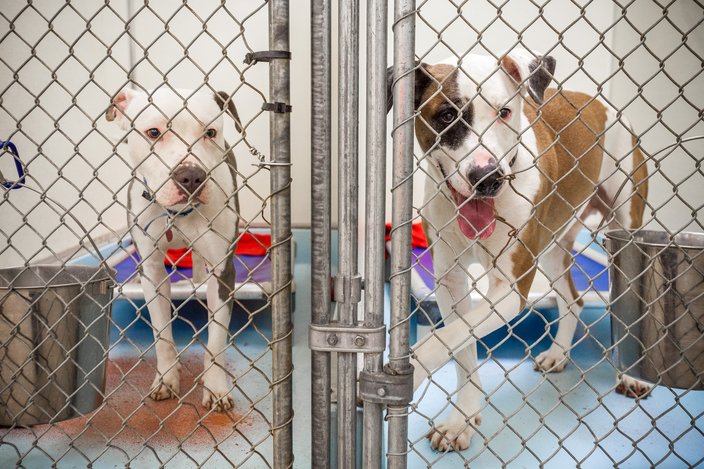 Among the animal control arms of the country's five largest cities, ACCT regularly operates with the smallest budget. Yet, ACCT's 76 percent live release rate was comparable or better than all but New York's animal control agency, which received $16.82 million during its last fiscal year.

"We invested in ACCT Philly's lifesaving efforts because we found them to be one of the most productive and effective organizations with the resources that they have available," Petco Foundation Executive Director Susanne Kogut wrote in an email, "especially with respect to large municipal organizations in major metropolitan areas."

ACCT's live release rate – the percentage of animals that exit its shelter alive – has increased 11 percentage points since 2013, its first full year in operation. Meanwhile, its intake numbers have fallen.

For instance, ACCT operates a pet food pantry where low-income residents can get free food to keep their pet.

As the city's primary intake facility, ACCT must accept any animal brought through its doors. Pets can be adopted, transferred to a rescue organization, or placed in a foster home. But if an animal remains at ACCT for an extended period of time, it eventually will be euthanized.

"If we cannot find a rescue for an animal and it's sitting here, it's not humane for it to suffer," Dorminy said. "We put a timestamp on an animal. We tell as many fosters and rescues as we can, if we can't find an exit for this pet ... then this animal is going to be put down." 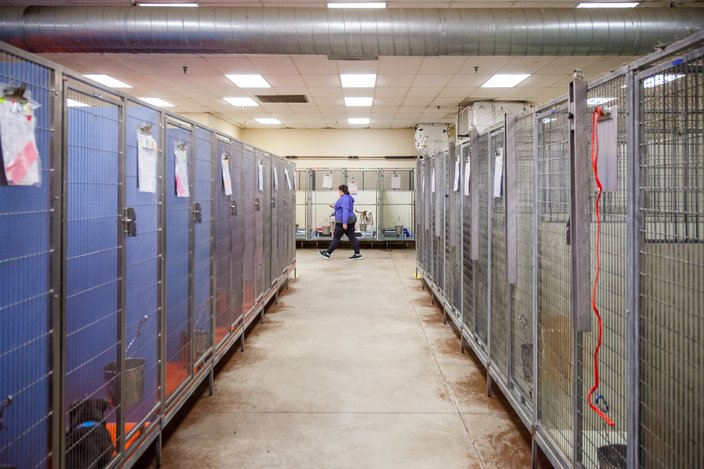 The Animal Care and Control Team launched a GoFundMe campaign to raise money to replace its 100-plus kennels, which are more than 10 years old.

But Ross, who founded the ACCTion Pack with fellow volunteer Sarah Promisloff and ACCT ExecutiveDirector Vincent Medley, says more animals can be saved with greater awareness and increased donations.

As part of the ACCTion Pack efforts, ACCT established a GoFundMe campaign to replace its 100-plus kennels, which are more than 10 years old. New kennels cost about $2,200 apiece, Dorminy said.

Newer kennels essentially would double the space allotted to each dog, providing it separate quarters to eat and rest. That additional space would leave the dogs calmer and less prone to disease and depression, Dorminy said.

Ideally, Dorminy added, that also means the dogs are more likely to be adopted or rescued.

ACCT has received about $7,000 toward its $500,000 goal, a mark ACCTion Pack organizers acknowledged as ambitious.

"There's a lot of problems in Philly that are very deserving of people's contributions," Ross said. "What I would challenge people with is – do you care about animals? Are you aware of the ways that a lot of them are neglected?"