A Veterans Day challenge from an active duty Army family 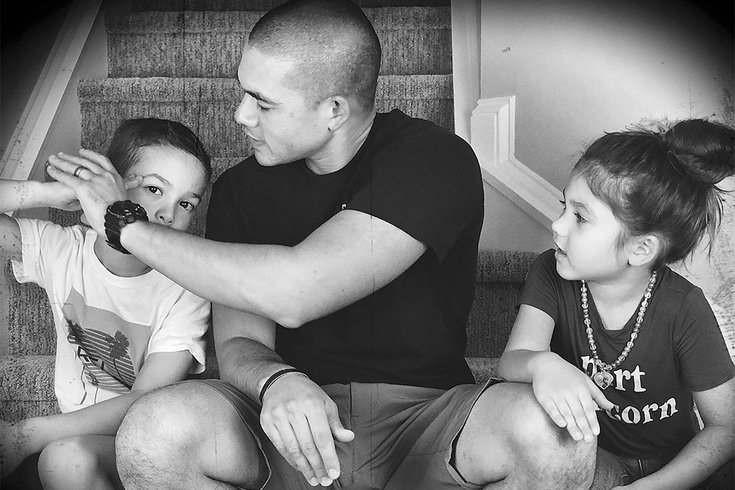 Andrew Sciarretta shows his two children how to make a proper Army salute. A forward observer for the 101st Airborne Division, 2nd Battalion 327th Infantry, he and his unit were under fierce Taliban attack for nine days in Kunar Province in Afghanistan in March 2011. He made it home but lost six "brothers" on the mission and 125 more during deployment.

The phone rang in the middle of my Company Hip Hop Class. I ran to the phone and smiled at the bizarre, out-of-country phone number on the screen. “You know the drill, girls!” I said to my class. And they did. One of my students ran up and grabbed my 3-month-old baby boy out of my arms, as the rest of the class began reviewing choreography on their own. I grabbed my phone and ran outside to hear the sweet voice of my husband, who was deployed to Afghanistan.

“I’m frustrated, Baby. They said we weren’t supposed to go on any more missions, but I have to go out on yet another mission, so I’ll talk to you tomorrow or the next day when I get back, OK?”

RELATED: To combat suicides by veterans, VA turns to an algorithm

But he didn’t call the next day. Or the day after. In fact, he didn’t call for nine long, excruciating days. Andrew was a 13-Fox (a forward observer) for the prestigious 101st Airborne Division, 2nd Battalion 327th infantry, also known as “No Slack.” He went out with the infantrymen and called in fire when his unit was under attack. He was incredibly proud to be an Army Combat Soldier. But he had been gone for almost a year on one of the deadliest deployments that No Slack had ever experienced. Morale was down for the entire unit, but they were set to return home in three weeks.

Andrew and his unit had gone out on Operation Strong Eagle III, which was a mission designed to take down QZR (Qari Ziaur Rahman), who was one of the most dangerous Taliban leaders in Afghanistan, beheading elders of villages to instill fear and control over their people, and ruthlessly attacking the American Forces who were trying to protect them. In order to conquer QZR, they had to descend into the deep dark valley of Kunar Province. In the middle of the night on March 29, 2011, they were dropped onto the top of a mountain and began their descent. What they didn’t realize, was that they were descending into the hornet’s nest.

Find a military family and meet a need for them. Let your heart lead you. I promise you will come up with something.

Over the next nine days, the unit was under fierce attack. They were completely surrounded from above. They were shot at and bombed constantly. Even the medevacs were viciously attacked. There seemed to be no way out. They came under such extreme fire, that two eye-opening documentaries were made about them. “The Hornet’s Nest,” created by ABC’s Michael Boettcher, detailed the mission. “No Greater Love,” created by No Slack’s csshaplain, Justin Roberts, beautifully showcased the bond between Army Brothers and the unit’s struggle during that deployment and back on American soil after the mission was over.

Back at home, I couldn’t sleep. I could barely eat. It seemed like every day, I was getting another call from the FRG (Family Readiness Group), telling me that my soldier was OK, but that we had lost yet another brother. Someone’s Daddy. Someone’s Husband. Someone’s Son. Every time I heard a knock at the door, my heart stopped and I held my breath, waiting to see two soldiers at my door, caps off, telling me that they’d lost him in the dust of Afghanistan. I would wake up from a dead sleep hearing door knocks in my dreams.

It was the absolute worst time of my life, as a wife. What would my life look like without him? We weren’t even married for two years. We had a 3-month-old baby. We had bought our first home. We had these dreams, and these plans, and these ideals. They would be gone in an instant. I ached for him. What did I get us into? If only I had been against him going into the Army. He’d have listened to me. He loved me so deeply. What have I done? This is all my fault, and now I may lose him. His infant son, my sweet mother and sister-in-law, and my incredibly loving father-in-law. We may all lose him.

YOU CAN BE THE BLESSING

We didn’t lose him. But we did lose Sgt. 1st Class Ofren Arrechaga, 28; Staff Sgt. Frank E. Adamski III, 26; Spc. Jameson L. Lindskog, 23; Staff Sgt. Bryan A. Burgess, 29; Spc. Dustin J. Feldhaus, 20; and Pvt. Jeremy P. Faulkner, 23. The 101st lost 131 Brothers during that deployment. Many others were horribly injured. Still many (if not most) others suffered and still suffer deep emotional wounds. A few committed suicide after returning, because the pain and memories were unbearable. Countless soldiers sought PTSD therapy. 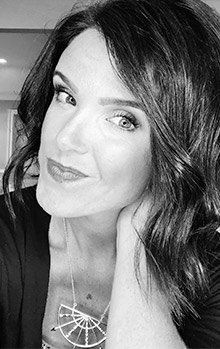 It has been almost eight years since that deployment. My husband carries those Brothers of his on his wrist and in his heart every day. He is planning a tattoo memorial on his body to honor them. Sometimes he gets very emotional, thinking of that time and his Brothers. Even writing about those men, that deployment, and that time ... the tears are falling onto my keyboard. We are absolutely broken for those we lost.

The wounds that our Veterans and their families suffer run deep. Perhaps, they run deeper than you can ever imagine. Just because you can’t imagine the pain, doesn’t mean you can’t do anything. This Veteran’s Day, I would like to challenge you to not just write a Veteran’s Day post on social media, but to do something. Find a military family and meet a need for them. Let your heart lead you. I promise you will come up with something. Whether you agree with the war or not, our soldiers and their families are suffering. You can be the blessing that brings even a tiny ounce of healing to their hearts.

And to those we lost, we will NEVER forget you.

Christina Sciarretta is a resident of Atlantic City. Her column first appeared in Shore Local News.