Adaptive athletes say there is life after amputation 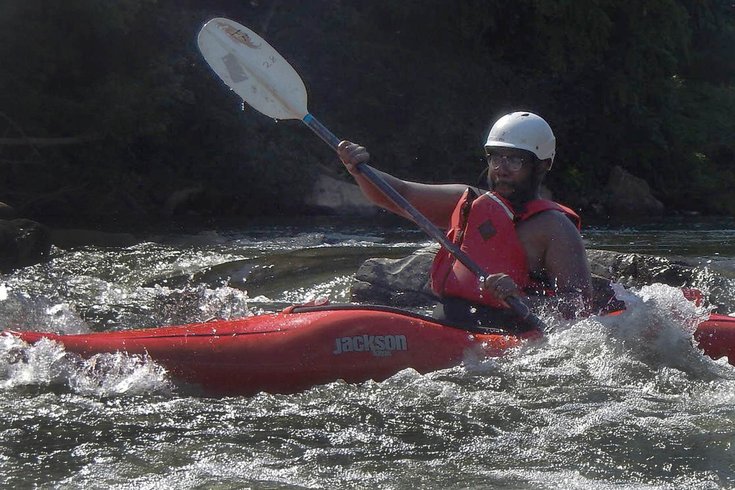 Matthew Johnson, 24, of University City, paddles a kayak. Johnson, who lost his left foot after a motorcycle accident, says "there is life after an amputation.”

After the motorcycle accident two summers ago that took off his left foot, Atlantic City Police Det. Mike Braxton, felt determined to “live as regular a life as possible.”

But when it came to literally – and figuratively – get back on his feet, “I was absolutely on my own.”

It crushed his spirit when he met an older fellow police officer at a rehab hospital. The man was also an amputee, but due to health issues, not an accident. Despite years of treatment, the man walked unsteadily and with a cane.

“I knew I was not going to allow myself to be like that,” recalls the 29-year-old Braxton, who wanted not just to walk, but to rejoin the police department and resume a vigorous lifestyle.

And that’s when Brandon Holiday reached out to him on Facebook.

“He’s full of energy and information,” says Braxton of Holiday, his mentor.

Holiday is the program director of Athletes with Disabilities Network North East Chapter.

Braxton was too early in his rehabilitation to join the group, which often kayaks out of the Camden County boathouse on the Cooper River.

But Braxton wanted to join in and he soon saw there was no other program quite like Holiday’s in the region, combining mentoring, friendship and adaptive sports events.

The two became phone and Internet pals, but Braxton did not meet Holiday until last summer at a baseball game.

Braxton knew he wanted to get out on the water with Holiday, also an amputee, a former police officer and a Paralympic medalist in kayaking.

Injured while on duty as a police officer, Holiday, a Maple Shade resident, had an amputation several years ago due to blood clots related to Lupus, an autoimmune disease.

Determined, Braxton hired a personal trainer on his own dime and set about getting in great shape. After all, Holiday competes as an adaptive kayaker on a national level.

On Aug. 8 the pair will hit the water together for the first time, thanks to the verbal and moral support Braxton got from Holiday and his organization.

Additionally, Braxton is back to competing in track and field. With success already, he hopes to make it to the Paralympics in Rio next summer.

“I made a very far-fetched plan for myself even before I could walk,” says Braxton, who returned to the Atlantic City Police Department earlier this year.

Participating in adaptive athletics “actually makes you feel new again,” Braxton said. “You lose a body part and you feel different. You have lots of questions. Then you meet people like you. This is all new, definitely the future, getting whole and getting your life together again.”

Matthew Johnson, pictured below, is working on just that with the help of the Athletes with Disabilities Network. 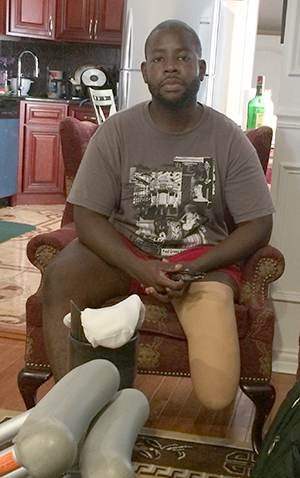 Just months after the motorcycle accident that led to the amputation of his left foot and weeks after getting fitted to walk on a prosthetic, University City’s Johnson, 24, says “there is life after an amputation.”

Home from the hospital, he fell into occasional bouts of depression, weeping unexpectedly from time to time, but meeting a rock-climbing associate of Holiday’s turned that around.

“Seeing someone else like you makes a difference,” says Johnson, a real estate investor, who decided to rock climb for the first time after meeting Holiday’s friend.

Johnson was in a kayak a month after his accident, even before getting fitted with a new limb. He hiked three days after he got the new limb.

He’s replaced his cycle with a Subaru, but intends to get back on a bike within a year. “It’s something I love,” he says.

Meanwhile, he’ll be at the Athletes with Disabilities Network’s sports clinic on the Cooper River, trying out new skills he can practice on his own, rebuilding his sense of independence.