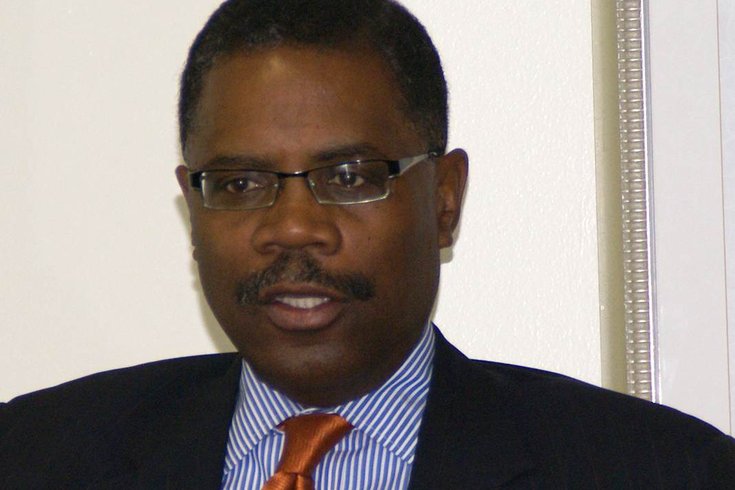 When Republicans gather in Cleveland, Ohio next week for the GOP’s national convention, Calvin R. Tucker will be among 71 delegates there from Pennsylvania.

He said he’ll also be the lone African-American in the commonwealth’s voting-delegate contingent, and one of just 18 of 2,472 overall in Cleveland, a number that could have risen since estimates were released in early June. (A spokeswoman for the Pennsylvania Republican Party said that Kimberly Mack from Pittsburgh is also African-American, and the local GOP confirmed Carolina Balthazar Harris will be there as well, but both are alternate delegates.)

This is especially noteworthy considering a poll released Wednesday had Trump drawing zero percent of the African-American vote in Pennsylvania.

PhillyVoice had a chance encounter with Tucker at the Hope Shopping Plaza before Tuesday’s Jim Jones/Milton Street press conference. There, he shared his thoughts on that unique looming experience, and what it’s like to be one of the few African-American Republicans who call Philadelphia home.

A self-described “Republican all my life,” Tucker said his political philosophy varies a bit from the traditional type-casted conservative.

“You have to be pragmatic as an urban Republican,” the chairman of the Philadelphia Black Republican Council said, explaining that he doesn’t feel as if the city's Democrats have done enough over the past several decades to help even those who deem themselves adherents to liberal values. “They’re not addressing the issues of these communities, even after 24 years of African-American mayors.”

Tucker, who also serves as leader of the 22nd Ward, maintained that “95 percent of African-Americans” are Democrats but reap the benefit of “five percent of the solutions,” meaning he thinks their support is taken for granted because it’s already guaranteed.

"With respect to people being surprised that I'm a Republican in Philly, I simply say that we need diversity in the African-American community if we want political leverage." – Calvin R. Tucker

That has hurt inner-city communities by way of job creation, entrepreneurship and overall economic development. That’s why, he said, Philadelphia needs to take a good long look at its penchant for electing Democrat after Democrat to office.

“It’s about economic development, creating opportunity for entrepreneurs and jobs. Everything else is just a song and dance,” said Tucker, who drew 28.4 percent of the Second Congressional District vote to attain a delegate slot in April's primary election.

Noting that he met 9 of the 17 original GOP presidential candidates either personally or with a small group of others, he noted that he’s 95 percent in support of Donald Trump “because he’s the nominee."

“The process played out,” said Tucker, 63, who has appeared on MSNBC to discuss the candidate and his delegate status. "I look forward to being part of history as I cast my vote to nominate the next president of the United States."

Still, he said he hears a lot of criticism for supporting the controversial candidate, but feels as if he could help with that three-pronged ideological platform.

The status quo, he said, isn’t helping Philadelphia and heading to Cleveland to nominate Trump is emblematic of the need for change, regardless of the backlash Trump receives for the controversial words he says on the campaign trail.

“Rhetoric never solved a solution,” said Tucker, noting that Trump’s track record speaks to an ability to “build things” and create jobs. “This city is the top of the list when it comes to deep poverty. How does that happen? Trump is a builder and a job creator.