Alexis Sharkey, 26, went missing last Friday; an investigation into her death is underway 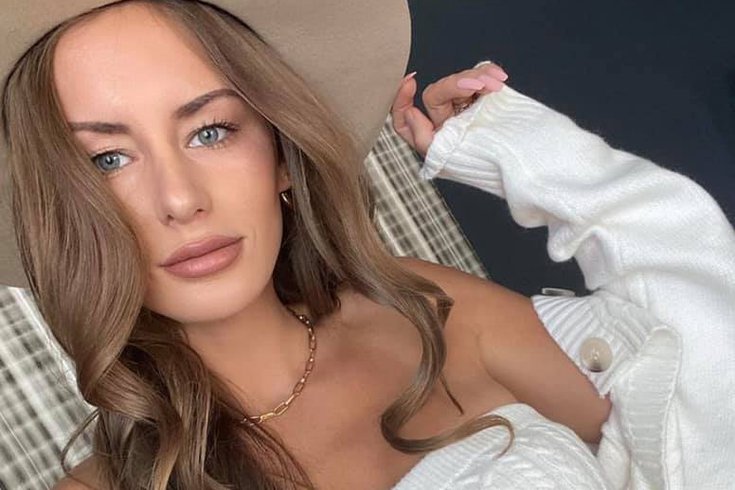 Pennsylvania native Alexis Sharkey, a 26-year-old Instagram influencer, was found dead in Houston on Saturday, Nov. 28, 2020. She moved to Houston with her husband in January. An investigation into Sharkey's death remains ongoing.

A 26-year-old woman well-known as an Instagram model in the Houston area was found dead over the weekend after she was reported missing last Friday, according to authorities.

Alexis Sharkey, originally from northwestern Pennsylvania, was found early Saturday morning behind bushes near Interstate 10 in Houston. Her body was found naked by a public works employee, according to the Houston Chronicle. She was located about three miles away from her home, where she was last seen.

Police said Sharkey's body had no visible injuries and was likely left in the bushes overnight.

Sharkey amassed more then 23,000 followers on Instagram. Her profile features a collection of glamour shots, many of them advertising beauty products, clothing and designer apparel.

Stacey Clark Robinault, Sharkey's mother, first posted Saturday on Facebook that her daughter had been missing for more than 24 hours and that no one had heard from her. Sharkey had been living in Houston since January, when she reportedly moved there with her husband, Tom Sharkey.

During the search for Sharkey's body, Robinault told KTRK that she first learned her daughter was missing from Tom Sharkey, who contacted her Saturday.

"That's when, of course, any parent goes into full panic mode," Robinault said.

Robinault said her daughter had not been in Pennsylvania since last Christmas.

"Please give us this time to grieve this incredible loss to our family and this world!!!" Robinault wrote. "We will miss you, Love!!!!"

In a separate interview with KRPC, Robinault said her daughter left her home without her car after an argument, though it was unclear who may have been involved in the dispute.

On Sunday night, Tom Sharkey posted a photo of his wife in a wedding dress, writing, "Never seen or felt such beauty! You are my world!"

In an Instagram story, he reportedly defended himself against commenters who have assumed he might be involved in her disappearance and death.

"(If) my wife would of seen this she would be disappointed in your actions! You all should be ashamed of yourselves!" Tom wrote, according to the New York Post. "I have been assisting the deputies and making phone calls to fine [sic] out what happened to my wife. Next time…. stop and think! And realize! You don’t know it all!"

An investigation into Sharkey's death remains ongoing with Houston police.