One person reportedly is in critical condition 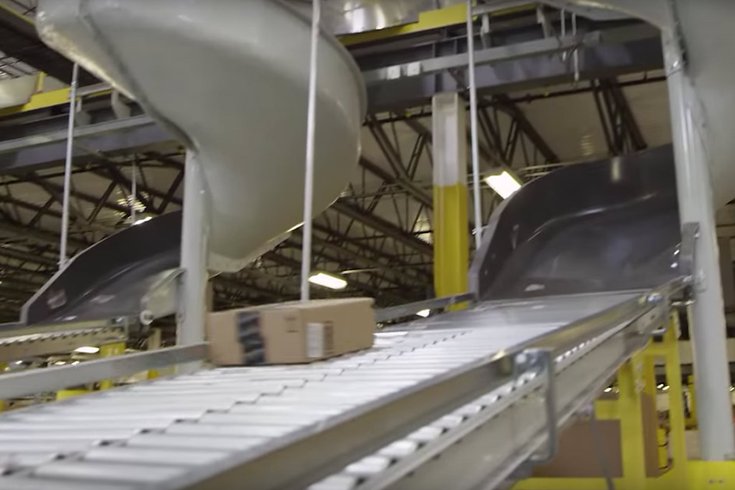 A package moves along a conveyor belt at an Amazon fulfillment center.

An accidental discharge of bear repellent inside a New Jersey Amazon warehouse sent dozens of workers to hospitals, including one who is in critical condition.

The incident took place on the third floor of the Robbinsville, Mercer County, distribution center Wednesday morning, according to NJ.com. A shipment of bear repellent reportedly fell off a shelf and discharged.

Robbinsville Fire Dept on scene at Amazon Warehouse on New Canton Way investigating “fumes” that have several employees complaining of illness. Fire Dept is attempting to isolate the source. EMTs are triaging multiple patients. 7 ambulances and a medic currently assigned

The 54 workers who were exposed to the repellent experienced difficulty breathing, and burning in their throat and eyes.

The worker who was in critical condition was taken to Robert Wood Johnson University Hospital in Hamilton, New Jersey.

MORE: The woman who 'looked like a broken action figure' continues healing after near-death accident | Trump in Philly this weekend to attend Army-Navy game

Twenty-three other workers were taken to local hospitals, and the rest were treated on site by first responders.

A statement from Amazon to NJ.com confirmed the incident, and said an investigation is ongoing.

Bear-repellant, also know as bear spray, is a generally derived from usually oleoresin of capsicum, which is the waxlike extract of hot peppers that is also used to make pepper spray. On the Scoville heat unit scale, which measures the spiciness of peppers, it score between 3.2 million to 3.6 million. In comparison, habanero peppers' Scoville score is between 80,000 to 200,000. It said to very effective at immobilizing a bear without killing it by severely irritating the animal’s eyes and causing its lungs constrict, according to the U.S. National Park Service.

This is a developing story. Check back for more information as it becomes available.