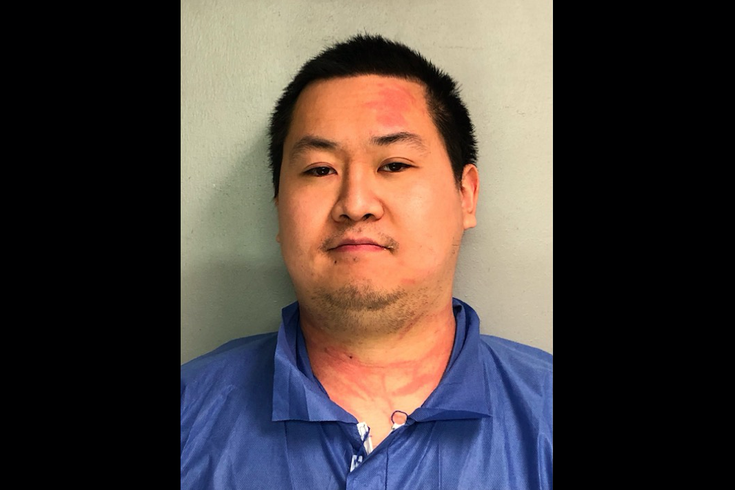 Maximillian Han, 27, allegedly killed his father at the family's home in Ambler on Dec. 23, 2019. Han is charged with murder and related offenses.

An Ambler man is facing homicide charges in the death of his father earlier this week, Montgomery County prosecutors announced Wednesday.

Maximillian Han, 27, was arrested on Christmas Eve after an investigation into the death of 58-year-old Jinhan Han, who was found suffering from fatal wounds at the family's home in the 1800 block of Hood Lane.

On Monday afternoon, Jinhan's wife returned home to discover her husband bleeding from the head in the living room, according to a criminal affidavit.

Ambler Ambulance attempted to resuscitate Han, but he was pronounced dead at the scene.

Earlier that morning, a local pastor had been at the home holding a worship service between Maximillian and Jinhan, he told investigators. He said no one else, including the couple's other son, appeared to be home at the time.

In an interview with authorities, Maximillian Han initially told authorities that he left the home that morning because he was "pissed off" at his father. Investigators observed bruising, swelling and abrasions to his right hand.

Later, Han allegedly claimed responsibility for his father's death, telling police he punched, struck and used the grip end of a knife to smash Jinhan Han's skull. He said he felt like an "MMA fighter," according to the criminal complaint.

Han also allegedly said that after the attack, he took his father's cell phone and sold it for $20 at an ecoATM kiosk at the Willow Grove Park Mall. A visit to the kiosk and a review of security footage confirmed the claim, police said.

An autopsy of the Jinhan Han's body led to a determination that he died as a result of multiple blunt and sharp injuries.

Maximillian Han has been charged with first-degree murder and related offenses. He remains held at the Montgomery County Correctional Facility ahead of a preliminary hearing on Jan. 2.