In ‘American Idol’ top 10, one Philly native eliminated while another advances as fan favorite 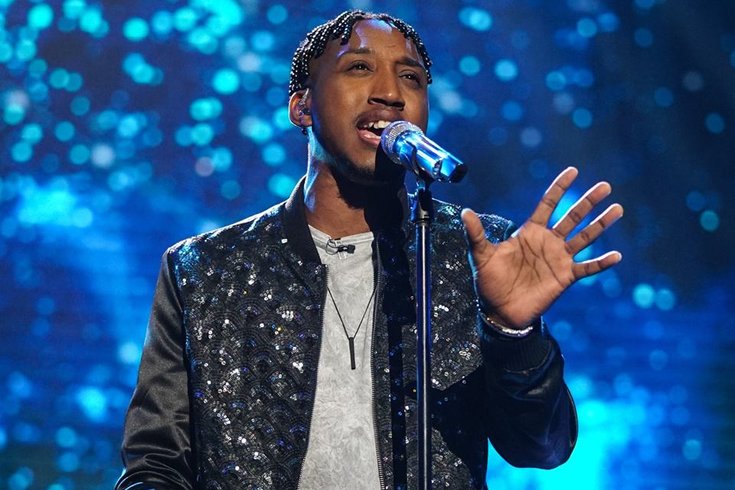 Philadelphia had not one but two performers land spots among the final 10 contestants of "American Idol" on Sunday night.

One of them, East Falls native Michael J. Woodard – known for receiving a dramatic amount of attention from judge Katy Perry early in the season – will advance to the next round and sing among the final seven contestants next week. The other, Dennis Lorenzo, was sent home along with two other hopefuls.

Keeping with the episode’s “Disney Night” theme, Woodard sang the title song from “Beauty and the Beast,” again getting a bombastic reaction from Perry, who was dressed as Snow White.

His performance turned out to be one of the biggest successes of the night as judge Luke Bryan declared Woodard “magical.” Many on Twitter agreed.

Yo @MichaelJWoodard idk if America will be smart enough to make sure you win, but just wanna say regardless it’s so sick to see an artist like you appear and I can’t wait to buy your music someday. ❤️

Far and away, the best voice on #AmericanIdol this season is Michael J Woodard. I will go down fighting over this.

Always such wonderful performances from Michael J. Woodard. He's definitely an original from the way he pronounces to his breathing and emotion. Excellence all around. #AmericanIdol #IdolTop10 What hoarseness??

Michael Woodard just laid down the gauntlet... he’s on another level @AmericanIdol #DisneyNight

Though eliminated last night, Lorenzo won the hearts of many "American Idol" viewers after sharing stories about his childhood in West Philly and the death of his father, who was murdered on the street when Lorenzo was only five years old. When Lorenzo first moved to Los Angeles, he was homeless.

Performing “Can You Feel the Love Tonight,” from “The Lion King,” Lorenzo was the last of the night to sing – which is causing some backlash among fans.

At this phase in “American Idol,” contestants are chosen to advance based on votes. Because Lorenzo played last, it’s leaving some viewers wondering if there simply wasn’t enough time for everyone to vote for him before the polls closed.

Tell me why @DennisLorenzo only had 15 minutes to get votes in because he was the last singer? Unfair. Terrible format. @AmericanIdol @ABCNetwork #AmericanIdol

Very disappointed in how this went down. How are you gonna have votes end literally minutes after @DennisLorenzo finishes...he got robbed!! So so sad!! Dennis, you are a talent sir!! Please keep performing!!

#AmericanIdol great job screwing Dennis Lorenzo with your new voting system. There wasn't enough time to vote for him. I hope you're proud of your gimmicks #abc Plenty of Disney commercials, but not 5 min to vote for the most talented singer on the show. #boycottidol

They did @DennisLorenzo wrong. The voting was closed immediately after he performed. He didn't stand a chance. Hopefully, he becomes a big star #AmericanIdol

Do you think Lorenzo got robbed? Check out his performance below and decide for yourself.

“American Idol” returns next Sunday and will showcase the final seven contestants.