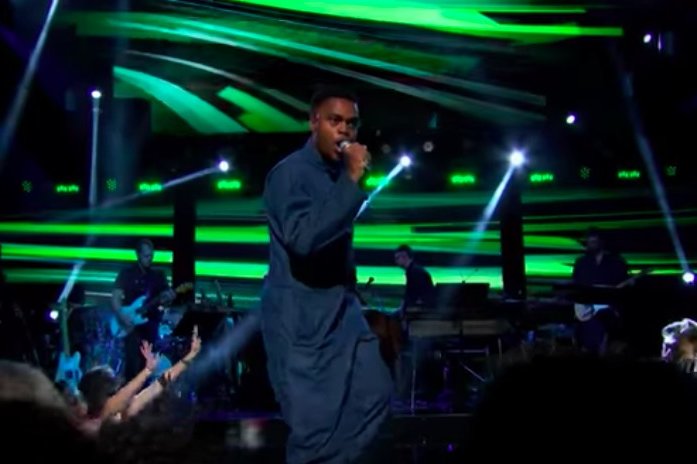 If sports competitions aren’t your favorite thing to watch, you may have swapped out Monday’s NCAA game for a different kind of competition -- like the newest episode of “American Idol.”

The reboot has already narrowed its contestants to the final 24, and among them is East Falls native Michael J. Woodard. After singing a song from “Cabaret” during Sunday night’s episode, much to the delight of judge Katy Perry, Woodard solidified his place in the next round of finalists with a rendition of “You Oughta Know,” originally performed by Alanis Morrisette in what became a quintessential ‘90s anthem.

Though his song pick garnered some skepticism, Woodard got instantaneous, positive feedback from the audience and the judges before being included in the group of continuing contestants.

It turns out Woodard is no stranger to televised singing competitions, either. Six years ago, at age 14, Woodard won the top prize on “Majors and Minors,” a similar singing competition that aired on The Hub and featured contestants ages eight to 16. Take a look at Woodard’s winning performance (and snazzy white suit) from January 2012: