Analyzing the rumored compensation for the Eagles' potential trade up to pick No. 2 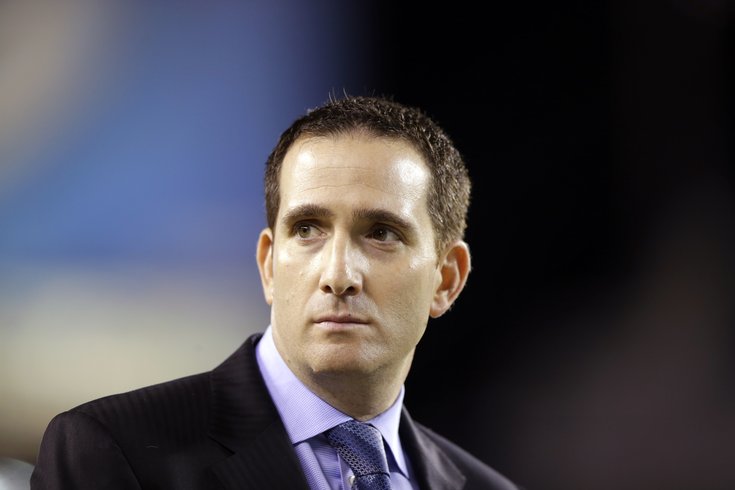 UPDATE [1:55 p.m.] - The Eagles have officially acquired the No. 2 overall pick from the Cleveland Browns. GM Howie Roseman will address the media at 2:15 p.m. from the NovaCare Complex.

Where there's smoke, there's fire, and the smoke is beginning to thicken. The Philadelphia Eagles tried to trade up to the No. 1 overall spot in the 2016 NFL Draft a week ago, but they were out-bid by the Los Angeles Rams. Instead, they may now try to strike a deal with the Cleveland Browns, which would allow them to move up to the No. 2 spot.

According to Mary Kay Cabot of Cleveland.com, the Browns are actively shopping the No. 2 pick, and the Eagles were identified as a likely trade partner.

The Browns are actively shopping their No. 2 pick and initiating calls with teams in the top 10 to try to trade down, a league source confirmed for cleveland.com.

One likely trade partner, the source said, is the Philadelphia Eagles at No. 8, who were the runner-ups to the Rams in the sweepstakes to move up to No. 1 with the Titans.

Tuesday night, it got kicked up a notch when Alex Marvez of FOX Sports reported on the potential trade package that it would take to move up.

In other words, the rumored trade package would look like this:

That trade compensation, from the Eagles' perspective, is entirely way too much to give up for the No. 2 overall pick.

First, let's compare it to the package the Rams just gave up to get the No. 1 overall pick, shown here:

The Rams-Titans draft package looks very similar to the one rumored above in the rumored Eagles-Browns deal. Surely, the Browns would love to get a similar deal as the Titans, and will try to make the claim that Titans and Rams set the market for a subsequent deal for their pick.

The Browns are unlikely to get that kind of haul, but for the sake of humoring their media manipulation, let's compare the two trades:

If you add up the value of the 2016 picks the Rams gave up using the draft value chart, here's how that trade looks in chart form. (We'll project the same finish for the Rams in 2017 and give them the 15th overall pick once again):

In a year in which the No. 1 overall pick has nowhere near the same value as it does in other years, the Rams got smoked in that trade.

Using that same projection model for the Eagles and Browns, here's how their trade would look. We'll project the Eagles to have the 13th overall pick in 2017, like they started with this past offseason when the 2015 regular season ended:

Unfortunately for the Browns, there's one less bidder (the Rams) in the hunt for their pick, so their draft haul will only be as good as the the number of teams in play for it, and their level of interest. It was reported that the Eagles bowed out of the running for the Titans' No. 1 overall pick days before the Titans struck a deal with the Rams.

Additionally, NFL teams despise having extreme net losses of picks. The rumored Eagles-Browns compensation would be -4 in Eagles net picks. The Rams deal was -3.

The Eagles-Browns rumored compensation looks far more like where the Browns would start negotiations for their pick, not where they would likely end.

I'll save you the angst -- The Eagles are not going to agree to that trade, as currently stated. No way.

*2017 picks, in theory, have less value, although that's debatable. However, for the purpose of comparing the Rams-Titans trade with the rumored Eagles-Browns trade, both deals include first and third round picks in 2017, and therefore serve as a good comparative measure.