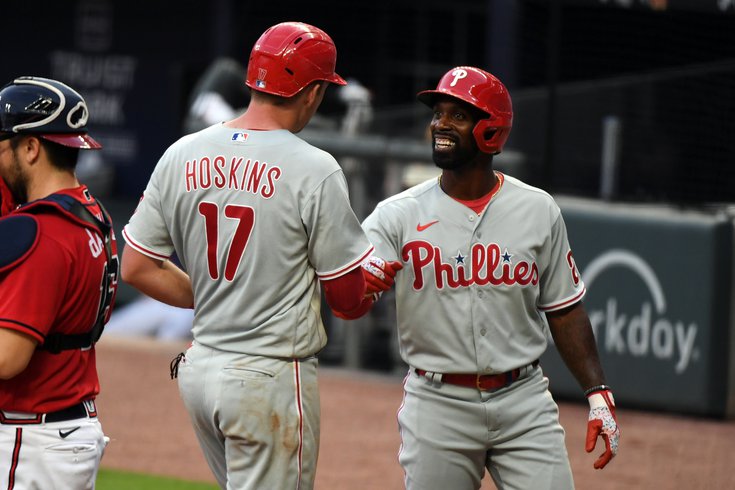 Phillies' left fielder Andrew McCutchen is now busy informing Pennsylvania voters on how to submit a mail-in ballot for the election this November.

Andrew McCutchen has no baseball to play right now after the Phillies’ 2020 season came to an end late last month.

But the team’s starting left fielder is keeping busy by helping Pennsylvania residents vote-by-mail for the election next month.

McCutchen put out a video explaining the entire mail-in voting process in Pennsylvania, but with a humorous spin that is on brand with his light-hearted personality.

The five-time All-Star and former National League MVP isn’t alone in the video, as he’s joined by a number of cardboard cutout fans who he talks to. Despite offering no responses or engaging with him, McCutchen makes it seem like the cardboard cutouts are actually interacting, making the video only funnier.

McCutchen walks through the whole voting process by explaining each step to the cardboard cutouts, first encouraging residents to track the status of their ballot at VotesPa.com.

If one hasn’t applied for their mail-in ballot yet, McCutchen instructs them to visit the same website to begin the vote-by-mail process.

After explaining how to fill out the ballot, McCutchen reminds Pennsylvania voters that the completed ballot must first go into the secrecy envelope before being placed into a larger envelope.

He concludes by telling voters that they can submit their ballot either via the mail, by dropping it off at their county board of elections office, or at an official ballot dropbox.

McCutchen isn’t the only celebrity with ties to the Philly region who appears in the video. “It’s Always Sunny in Philadelphia” star and Philly native Rob McElhenney, comedian and Wayne-native Abbi Jacobson, and the Phillie Phanatic all make cameos encouraging Pennsylvania residents to vote this fall.

A lot of you in #PA are voting from home this year, so let's go over how to make sure your vote is counted w/ a little help from some friends @Phillies @MichaelKeaton @RMcElhenney @TeamJuJu @MeghanKling @AdamRippon @BroadCity #MailInBallots #NakedBallots #VOTE #Vote2020 #Election pic.twitter.com/Ww5XHnTtpj

Polling indicates that the race for Pennsylvania could be close. The Democratic nominee Biden currently leads the Republican incumbent Trump by an average of 6.8 points in the state, according to Real Clear Politics.