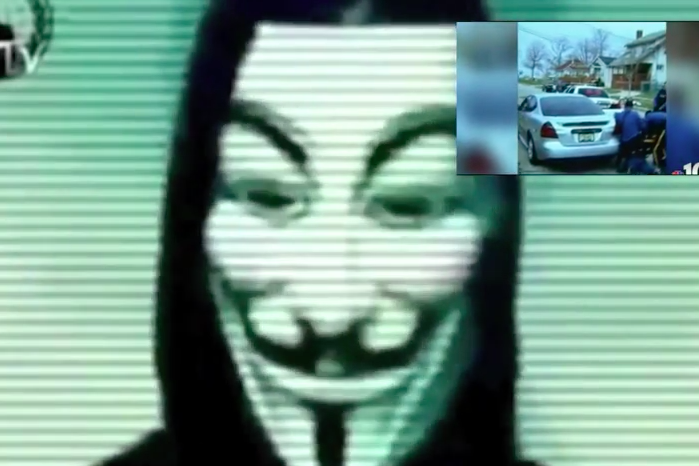 A group claiming to be a part of the hacker organization Anonymous followed up on their cyber threat to the police department of Vineland, New Jersey on Tuesday.

According to Philly.com, the group posted on a website the names, addresses and phone numbers of two of the three police officers they claimed were involved in the arrest of Phillip White, who died in police custody last week.

On Monday, the group issued a video ultimatum demanding the names of the officers involved and that the dash cam footage of the incident be released within 24 hours:

Phillip White, 32, was arrested on March 31 after police were dispatched following reports of a disorderly person. White was taken to the hospital following the arrest after officers reported he was suffering respiratory distress. He was pronounced dead on arrival at the hospital. Cell phone video of the arrest show officers using a K-9 unit dog to subdue White and an officer requesting that the person taking the video hand over his phone to police for evidence:

A law enforcement official, speaking anonymously, told NBC Philadelphia some of the officers' actions were not appropriate:

The official, who is not connected to the investigation, said officers should have called off the dog immediately after bringing White under control. He also said the officer who demanded the person recording the video turn over his cell phone had no right to do so.

The 911 tapes of the incident were released on Tuesday afternoon. According to the Daily Journal, Vineland Police Chief Timothy Codispoti released the tapes due to a large number of Open Public Records Act requests received.

The original 911 call, as well as the request for emergency medical services, can be heard in the youtube videos below:

The video from Anonymous was posted on the Twitter account @LulzSaints, a group that claims to be associated with the hackers. The group account said in a tweet that the hacks would not stop until all demands were met:

The #VinelandCity prosecutor is giving out info as we requested but we are far from done. There will be no negotiations. #PhillipWhite

The Cumberland Country Prosecutor's office is currently investigating the incident, while White's family has hired a lawyer to carry out an independent investigation.